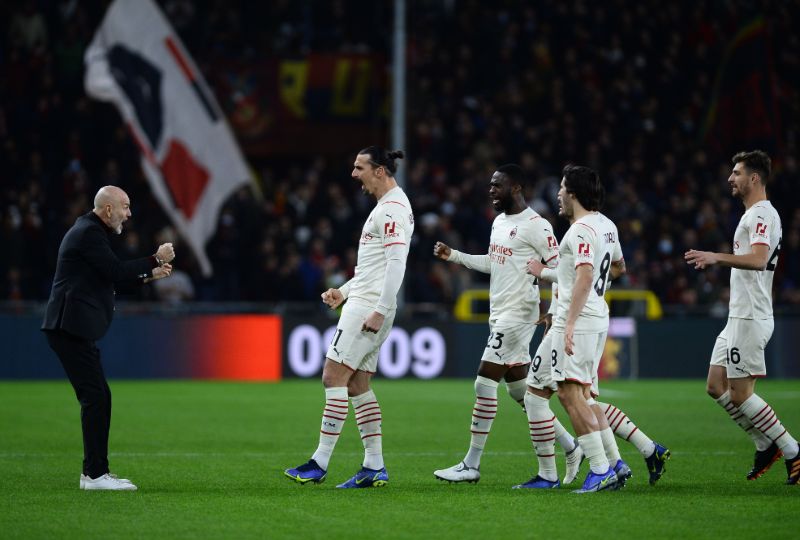 GENOA, Italy: Junior Messias scored a brace on his first AC Milan start as the Rossoneri thrashed Andriy Shevchenko’s Genoa 3-0 on Wednesday to close the gap to Serie A leaders Napoli to one point.

Milan were looking for improvement after back-to-back league losses to Fiorentina and Sassuolo, and they took control early on at the Stadio Luigi Ferraris when Zlatan Ibrahimovic fired home a 10th-minute free kick.

Brazilian winger Messias, who scored the winner against Atletico Madrid on his Champions League debut last week, was named in Stefano Pioli’s starting line-up for the first time and marked the occasion by scoring either side of the break.

"Today I did the best I could. These guys make me enjoy myself and make me feel young," Ibrahimovic told Sky Italia.

"Unfortunately we lost the last two games but the season is still long. There are ups and downs over the year."

In Reggio Emilia, Sassuolo fought back from two goals down to draw 2-2 with Napoli, leaving the Partenopei on 36 points, one ahead of second-placed Milan.

Shevchenko, who won the Champions League and Serie A with the Rossoneri as a player, is still waiting for his first win as Genoa coach after three matches in charge, and his side are 18th with 10 points.

Milan were under pressure to get a result after picking up one point from their last three Serie A games, and seeing Inter Milan overtake them earlier in the evening by beating Spezia.

Things started badly for the Rossoneri when defender Simon Kjaer was forced off with injury, but soon improved when Ibrahimovic bent a free kick around the wall for his sixth league goal of the season.

Messias pounced on a deflected shot to send a looping header beyond Salvatore Sirigu, but Genoa were denied a goal by a spectacular Mike Maignan save after the break, as the Frenchman sprang to his left to get a hand to a Caleb Ekuban header.

Brahim Diaz teed up Messias in the box for his second of the evening, a neatly placed finish into the bottom corner, but Maignan had to be alert again late on to tip over an audacious long-range Manolo Portanovo effort.

Napoli looked set to strengthen their grip on first place when Fabian Ruiz and Dries Mertens struck in the second half to give Luciano Spalletti’s side a comfortable lead at the Mapei Staidum.

But the hosts, fresh from beating Milan 3-1 at the weekend, launched a stirring comeback through a Gianluca Scamacca volley and 89th-minute Gian Marco Ferrari header.

Sassuolo thought they had won it deep in stoppage time when Gregoire Defrel fired into the bottom corner, but Napoli were saved by a VAR review that disallowed the goal for a foul.