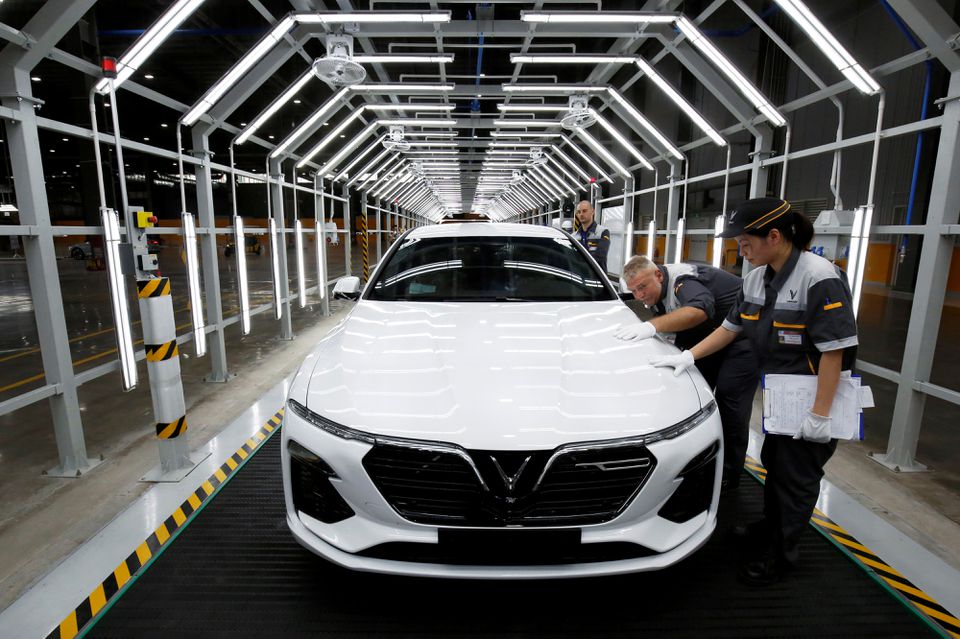 Vingroup JSC (VIC.HM), Vietnam's largest conglomerate, said on Saturday it is planning to list its car unit on the U.S. stock market in the second half of next year, in an offering expected to raise at least $3 billion.

Just last month, an official said the listing may happen within the next couple of years, as the company joins a growing list of electric vehicle startups taking advantage of investor excitement to raise funds.

VinFast, Vingroup's automaking arm, had flagged in April it was seeking an IPO slated for the second quarter of this year, eyeing a $60 billion valuation with expectation to raise at least $3 billion.

In Saturday's statement, Vingroup said it had set up a Singapore-based holding company owning a stake in Vinfast's operations in Vietnam to fuel the IPO process.

"The new company, VinFast Singapore, is a step to turn VinFast into a global company and prepare for its U.S. IPO," the company said in the statement. "Vingroup will be a major shareholder of VinFast Singapore."

VinFast became the country's first fully fledged domestic car manufacturer when its gasoline-powered models built under its own badge hit the streets in 2019.

VinFast is betting big on the US market, where it hopes that its electric SUVs and a battery leasing model will be enough to woo consumers away from the likes of Tesla (TSLA.O) and General Motors (GM.N).

In a separate statement to Reuters, Vingroup said it was targeting global electric vehicle sales of 42,000 units next year, up from its previous plan of 15,000.