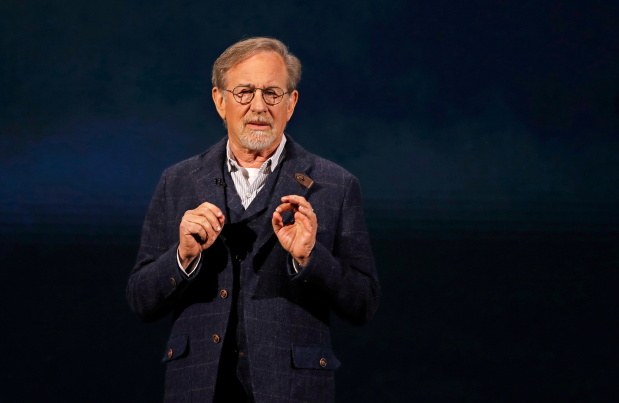 LOS ANGELES - Steven Spielberg has been remaking classic musical "West Side Story" in his head for decades but says that finally taking it on was his riskiest challenge in a career that has spanned 50 years.

Half a century after the musical written by Leonard Bernstein and Stephen Sondheim won 10 Oscars, Spielberg has reimagined the love story set among rival street gangs for a new generation but with the reverence of a true fan.

"The lyrics have been part of my life for 65 years," he said. "All my kids memorised the album and I have home videos of my children performing 'West Side Story' in our living room."

Sondheim, who wrote the lyrics for the musical, died at age 91 three days before the world premiere of the new film.

"West Side Story," Spielberg's first shot at directing a musical, opens in movie theatres worldwide this week with all the Latino characters played by Latinx actors and choreography that gives an affectionate nod to the ground-breaking original without directly reproducing it.

"No-one playing a Shark, girl or boy, is not of Latino or Latinx descent... We didn't want to have to put make up on anyone's face to convince an audience that they were Puerto Rican," Spielberg said.

Based on Shakespeare's "Romeo and Juliet," the new movie puts more emphasis on issues of race, immigration, poverty and marginalisation that dominate life in a 1950s slum neighbourhood of New York.

"Even though we still set our film in 1957, it was very important to put it in the vernacular of the way this generation speaks and interacts with each other today," Spielberg said.

"We needed to update the play to make it acceptable to the complexities that people have with each other in today's society, from school campuses to politics to the ideological divide."

Spielberg said it was an intimidating task, but he needn't have worried. The film, which sees original Puerto Rican star Rita Moreno, now 89, bridging the generations by taking on a different role, has won rave reviews.

Britain's Daily Telegraph called it "Spielberg's finest film in 20 years" while the Los Angeles Times said it was "both glorious throwback and gentle corrective."

"I think she's usually been portrayed as very black and white, virtuous ingénue, and this is just not your Momma's Maria," said Zegler. "She's very different, very nuanced."

Moreno, who in 1962 became the first Latina to win an Oscar for her role as the fiery Anita, said she had mixed feelings about returning to the story that launched her career.

"I'm not gonna say I wasn't envious. I wished I could be that young again and do it again, obviously. But that wasn't going to be, and I get this beautifully written part," she said.