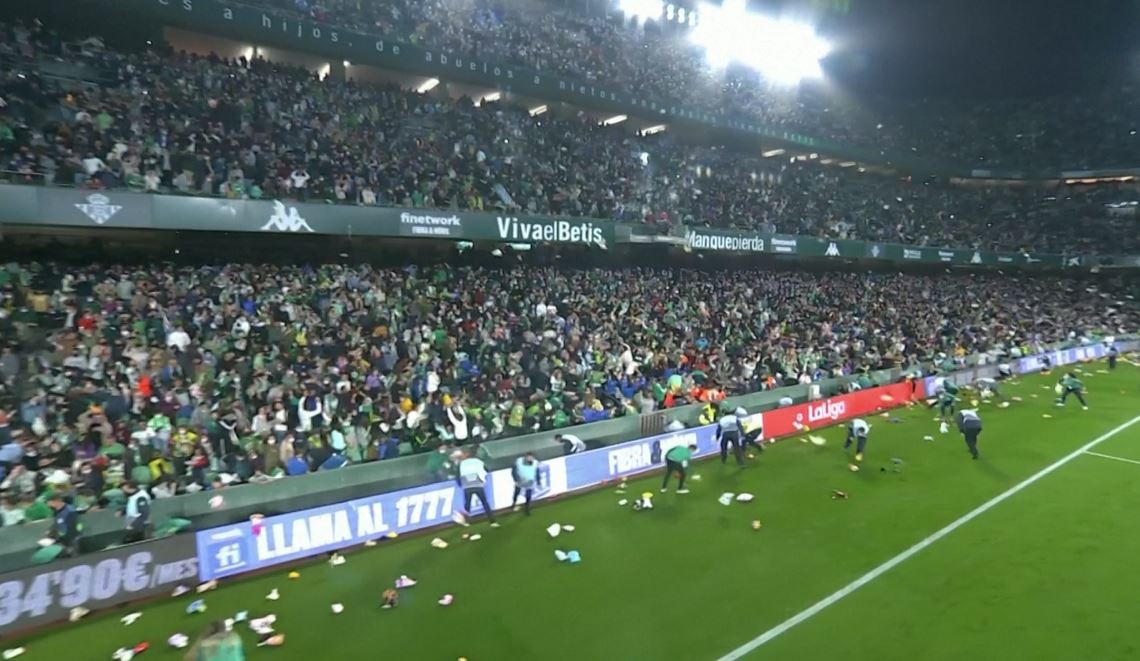 Real Betis supporters threw thousands of stuffed toys onto the pitch during halftime of their LaLiga match on Sunday (December 12).

In what's an annual tradition, Real Betis fans throw toys on to the pitch during the last home match of the year to ensure disadvantaged children don't go without a present at Christmas.

Thousands of toys flew through the air, landing on the grass or being caught by some of the club staff who gathered them up to later be delivered to children in Seville and the surrounding area.

It's estimated over 19,000 toys were thrown and collected in what must be a record time as the match resumed on time with no delay.

And the fans were rewarded for their generosity, being treated to three goals in the second half, as Real Betis beat Real Sociedad 4-0.