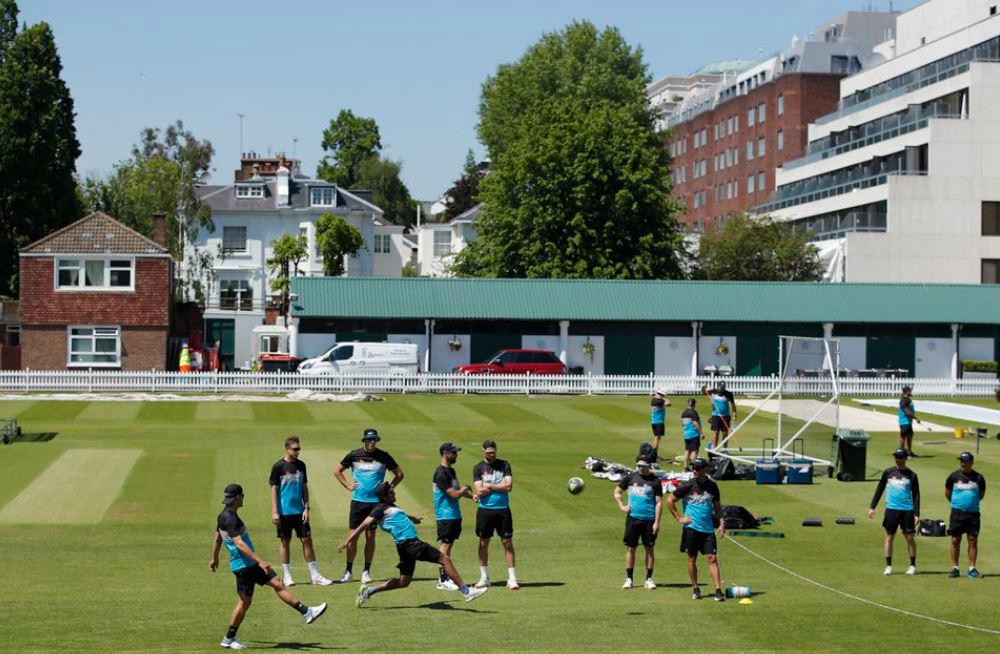 Australia need four wickets in two sessions to clinch the second Ashes test against England, who are reeling at 142-6 at the dinner break on the final day of the day-night contest at Adelaide Oval on Monday.

England resumed on 82-4, needing 386 more runs for an improbable win or to at least bat out three sessions to force a draw after being outplayed from day one.

Losing Ben Stokes for 12 was a body blow but Jos Buttler, batting on 16, and Chris Woakes, on 28, will try to delay Australia's victory charge when play resumes.

Australia began with their senior bowlers, Mitchell Starc and Nathan Lyon, who have thrived in this test in the absence of Pat Cummins and Josh Hazlewood.

Ollie Pope lasted seven balls, a boundary through midwicket his sole contribution, before he nicked Starc to Steve Smith in the slips.

Smacking his bat against his foot as he walked off, Pope has had a poor tour to date and will be worried about his place for the third test, which starts on Sunday.

Stokes was England's last major hope of salvaging a draw and his batting was restrained, a sweep to the boundary off Lyon in the 55th over a highlight.

A few minutes later though, Lyon delivered a ball that replays showed to be hitting leg stump and Stokes was gone lbw for 12 runs in 110 minutes.

Buttler smacked Jhye Richardson through point for four runs off the quick’s second delivery but England highlights were otherwise sparse.