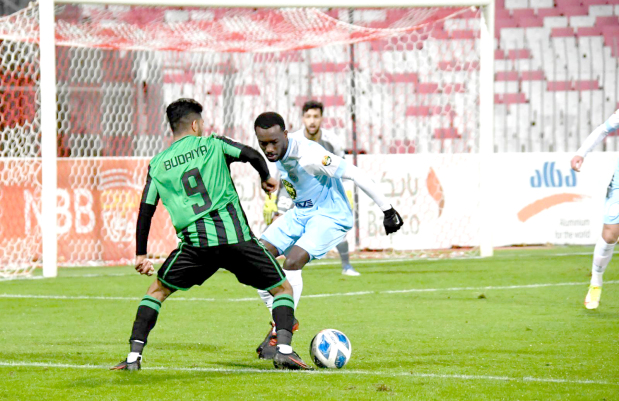 Riffa and Budaiya players vie for the ball

Riffa regained the top spot in the Nasser Bin Hamad Premier League after a comprehensive 4-0 victory over Budaiya in an eighth round match last night.

Sayed Hashim Isa opened the scoring in the 28th minute as Riffa led 1-0 at half-time. Sayed Redha Isa struck in the 74th minute to extend Riffa’s lead while Al Baher found the back of the net in the 85th minute and the fifth minute of additional time to seal a commanding victory.

With last night’s victory Riffa raised their tally to 20 points, two clear of Manama who dropped to the second position.

In the other eighth round matches played earlier in the week, Manama outplayed Muharraq 3-0, Al Khalidiyah defeated Al Hala 2-0 and East Riffa held off Al Najma 3-2 while Al Ahli and Al Hidd played out a goalless draw.