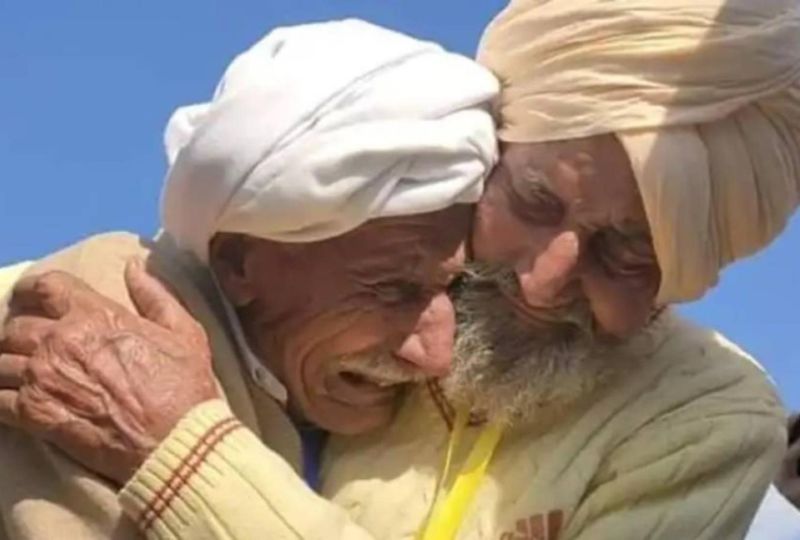 Islamabad: Two brothers who were separated from each other during the partition of India and Pakistan were reunited after 74 years.

Local media reported that Muhammad Siddique, a resident of Pakistan, was reunited with his brother Habib who arrived at Pakistan’s Kartarpur on Tuesday from India via the Kartarpur Corridor, a visa-free border crossing that opened in November 2019 which connects Indian pilgrims to the Sikh holy temple of Darbar Sahib in Pakistan.

Siddique and Habib, who are both in their eighties, were separated in 1947 when British rule ended in India and it was divided into two countries - India and Pakistan.

Brothers meet after 74 years because of 1947! #pakistan #punjab

(I admit, I cried) pic.twitter.com/NddUYBHK09

The partition led to the largest mass migration in human history where at least 20 million people were displaced.

As per The Express Tribune, Siddique said that two days before the independence of Pakistan, his mother went to visit her parents in Indian Punjab with his brother Habib.

After the partition Siddique's mother and brother didn't return to Pakistan.

Visas between India and Pakistan have remained difficult to obtain since the bitter division of 1947.

Habib praised the initiative of Kartarpur Corridor saying that it helped him to reconnect with his brother.

According to local media, Habib promised his younger brother that they will continue meeting through the corridor.