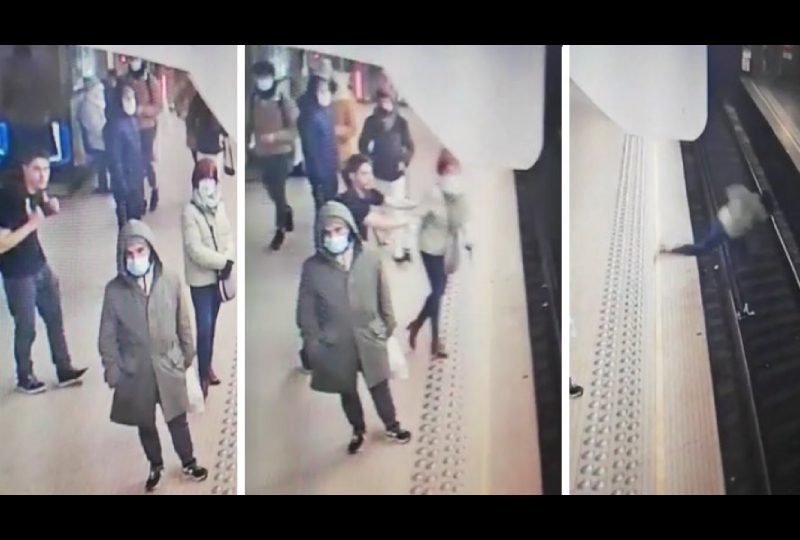 A woman miraculously escaped after a young man purposefully pushed her onto the tracks in front of an oncoming metro train, which was luckily able to stop in time.

The incident occurred on Friday evening at Rogier Metro Station in Brussels.

“The driver reacted very well but is very much so in shock, as is the victim,” a spokesperson for Brussels public transport company STIB told The Brussels Times.

The metro train operator reportedly saw the person on the tracks and stopped just in time by pulling the emergency brake.

CCTV footage shows the perpetrator pacing back and forth on the platform before pushing the woman onto the tracks.

Bystanders on the platform helped the woman get off the tracks and back onto the platform.

The police and the emergency services were called to the scene immediately and both the victim and the metro driver were taken to the hospital.

Brussels public prosecutor’s office confirmed on Saturday morning that the perpetrator had been arrested.

“Thanks to the distribution of the images of the suspect within the police services, he was intercepted a few minutes later while he was in the metro station De Brouckère,” spokesperson Sarah Durant said.

The suspect has been placed under arrest for attempted homicide.

The court has appointed a psychiatric expert to verify the suspect’s mental condition.

Investigations are underway to determine the circumstances of the incident and the perpetrator’s motive.