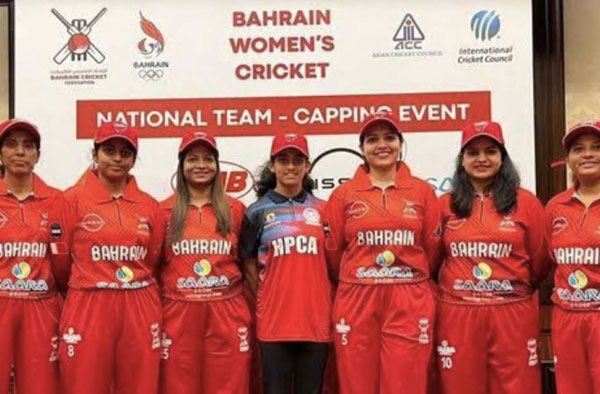 Bahrain have won the International Cricket Council (ICC) Female Cricket Initiative of the Year Award for the Middle East.

“Extremely proud to have won the ICC Female Cricket Initiative of the Year for Middle East by building a strong community of women cricketers,” Cricket Bahrain said on Instagram.

“Bahrain embarked on the historic task of setting up the country’s first ever women’s cricket team. A heart-warming response saw almost 200 registrations and the BCF Women’s League was formed in December 2021, with the national women’s team coming as a direct result of the initiative, said ICC.

“The league has overcome substantial challenges, from cultural to logistical – a lack of grass pitches has seen matches played in sand grounds with cement wickets – and the players’ sheer dogged determination to succeed has shone through, giving them the wings to fulfil their cricketing dreams.”