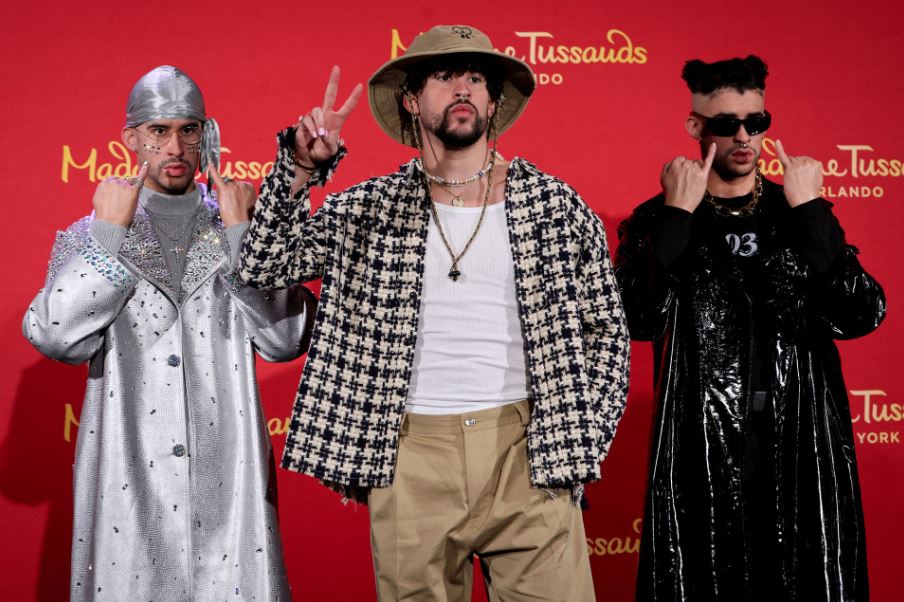 The two-time Grammy Award-winning artist called the experience weird. "I've always liked how I looked straight-on but this is even closer than that," he said.

Both figures are dressed in outfits that Benito Antonio Martínez Ocasio, better known as 'Bad Bunny,' deemed highlights in his career.

"This is the Super Bowl outfit and that was very special for me. The WrestleMania outfit, I think that was my favorite, the best day of my life. So I love everything about that day. The moment and the outfit," he said.

The silver-costumed look from the 2020 Super Bowl performance will be housed in New York, while the figure dressed in the black WWE Royal Rumble outfit will greet visitors at Madame Tussauds in Orlando, Florida.

The costumes were donated by Bad Bunny.