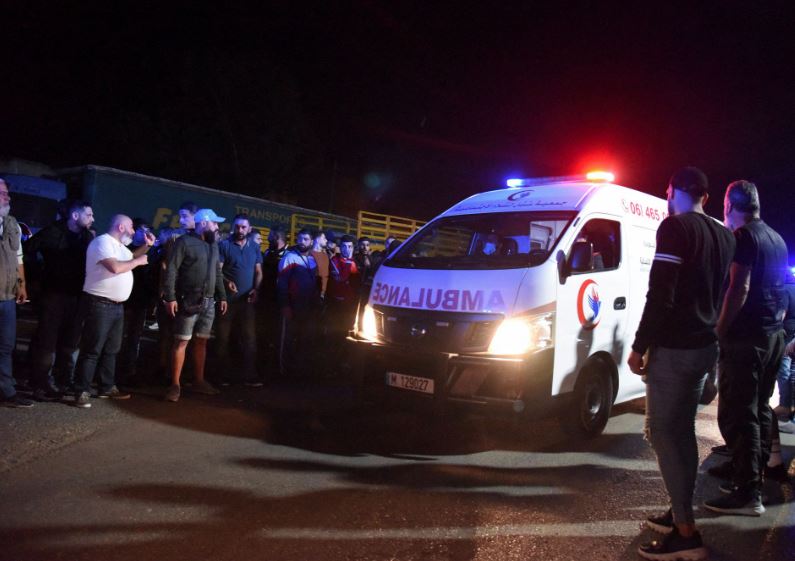 People gather as an ambulance drives following the sinking of a boat off the coast of Lebanon's northern port city of Tripoli, outside the port of Tripoli, Lebanon April 23, 2022. (Image credit: Reuters)

Six people died when a boat capsised off the Lebanese coast of Tripoli overnight, including at least one child, Lebanese transport minister Ali Hamie told Reuters.

A small dinghy carrying around 60 people sunk off the coat on Saturday night with both Lebanese and Syrians aboard.

Hamie told Reuters that a young girl's body was retrieved on Saturday night and that the army had recovered another five on Sunday morning.

The army had previously said the vessel had left the coast illegally.

Lebanon's economic crisis has seen the local currency lose more than 90 percent of its value and pushed waves of Lebanese as well as Syrian refugees to try the dangerous sea journey to Europe on small dinghies.