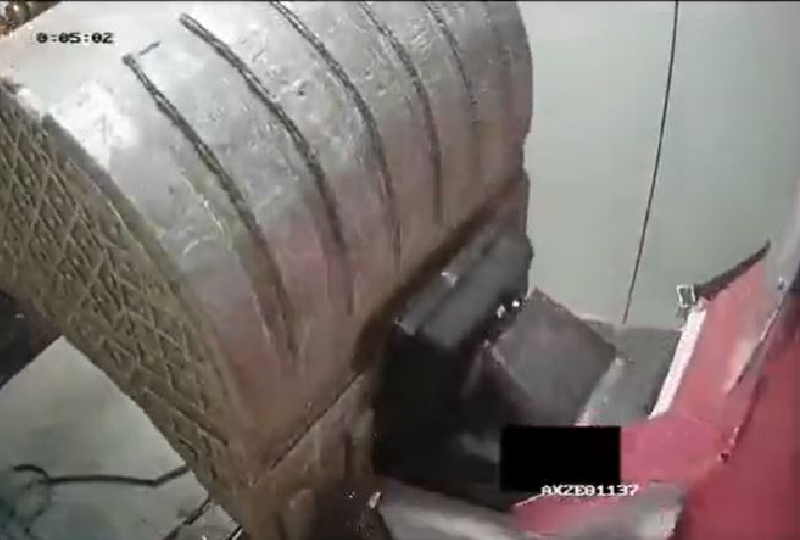 In a bizarre incident caught on CCTV, thieves in the Indian state of Maharashtra dug an ATM out of a wall using a bulldozer.

The incident took place on Saturday when an Axis Bank ATM machine carrying 2,700,000 rupees (BD13,257) was stolen around midnight.

Footage of the crime shows a bulldozer smashing the glass door of the ATM and digging the machine out the wall. The thieves then drag the ATM out with the help of the bulldozer.

Police reports show that the bulldozer was initially stolen from a petrol pump to use as part of the robbery.

Inspector Chandrakant Bedre, of the local police department says that an investigation is underway and that they will find the culprits soon.