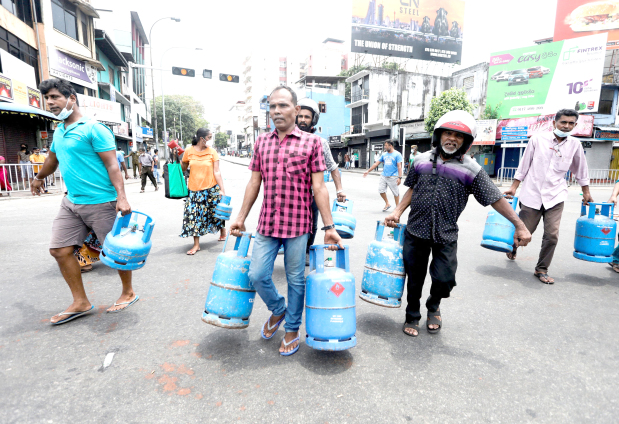 People carry empty domestic gas tanks towards a distribution place at a fuel station after the arrival of the gas trucks, amid the country's economic crisis in Colombo, Sri Lanka, May 8, 2022. REUTERS/Dinuka Liyanawatte

Sri Lanka has requested foreign-exchange liquidity support for state banks from the lender, it said in a statement.

Shortages of imported food, fuel and medicines have brought thousands onto the streets in over a month of mostly peaceful protests. Rajapaksa declared a second state emergency in five weeks on Friday.

The multilateral AIIB, founded in 2014 to promote infrastructure investing throughout Asia, draws most of its funding from China.

China is Sri Lanka’s largest bilateral lender, with an outstanding balance of $6.5 billion mostly lent over the past decade for large infrastructure projects, including highways, a port, an airport and a coal power plant.