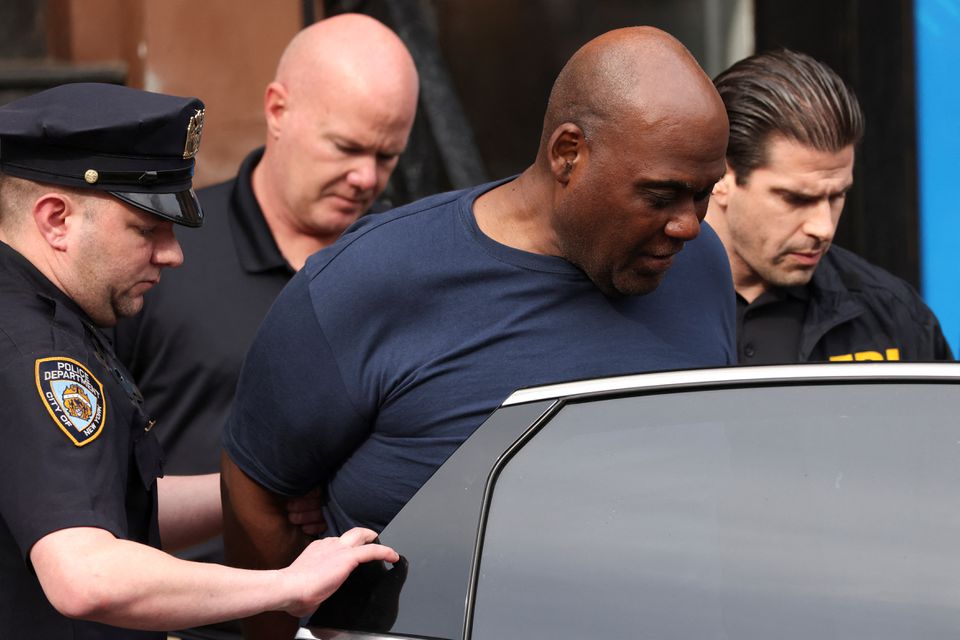 A US grand jury indicted a man for terrorism and other charges stemming from an April 12 gunfire and smoke bomb attack that injured 23 people on the New York City subway.

The indictment in US District Court for the Eastern District of New York charged Frank James, 62, with a terrorist attack and other violence against a mass transportation system plus a count of discharging a firearm during a crime of violence.

If convicted on the terrorism charge James could be sentenced to life in prison.

Defence attorneys representing James did not immediately respond to requests for comment.

James is accused of setting off smoke bombs and opening fire inside a New York City subway car in Brooklyn, striking 10 people with gunfire and setting off a round-the-clock manhunt.

Thirteen others were injured in the frantic rush to flee the smoke-filled train, police said.

He was taken into custody some 30 hours later in lower Manhattan, about 8 miles (13 km) from the scene of the assault, after authorities determined his whereabouts with the help of tips from residents, some of whom posted sightings on social media, police said.

James, a Bronx native with recent addresses in Philadelphia and Milwaukee, had previously been charged with a criminal complaint filed by law enforcement over the attack. The more formal indictment came after prosecutors presented evidence to a grand jury.

Authorities accuse James of setting off two smoke bombs inside a subway car moments before opening fire on fellow passengers with a semi-automatic handgun. The gun, purchased in 2011, was later recovered from the scene, along with three extended-ammunition magazines, a torch, a hatchet, a bag of fireworks and a container of gasoline, according to police and court documents.

The attack followed string of violent crimes unnerving passengers in the America's largest metropolitan transit system, including instances of commuters being pushed onto subway tracks from station platforms.

The motive remained unclear. An FBI affidavit referred to a number of YouTube videos James posted addressing statements to New York City's mayor about homelessness and the subway system.