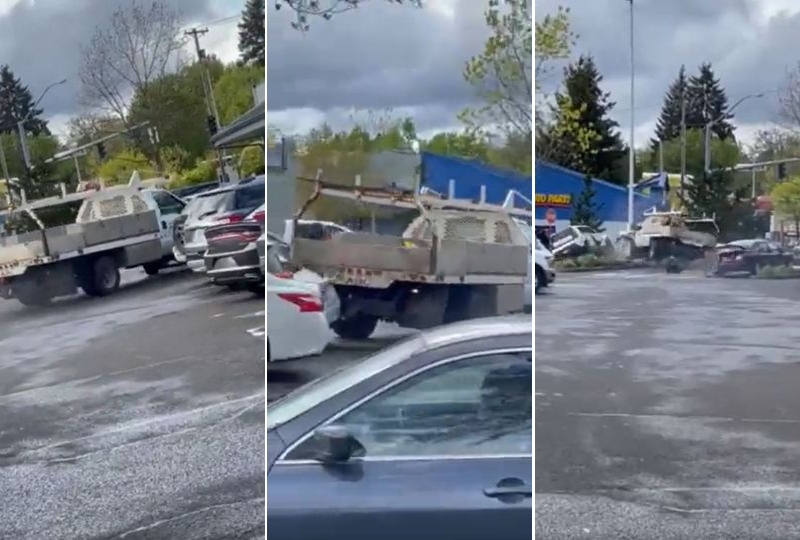 A US man suspected of driving under influence crashed into twelve vehicles and damaged two businesses in Oregon City before he was arrested.

Video of the incident captured by a witness shows a truck ramming into several cars before reversing into several more, then accelerating aggressively into at least two more, sending one airborne.

Some of the cars were pushed into neighbouring businesses and at least two were damaged, according to a police report.

Police said the driver was injured and taken to a hospital.

He has been arrested on allegations of driving under the influence of intoxicants, reckless driving and reckless endangering.