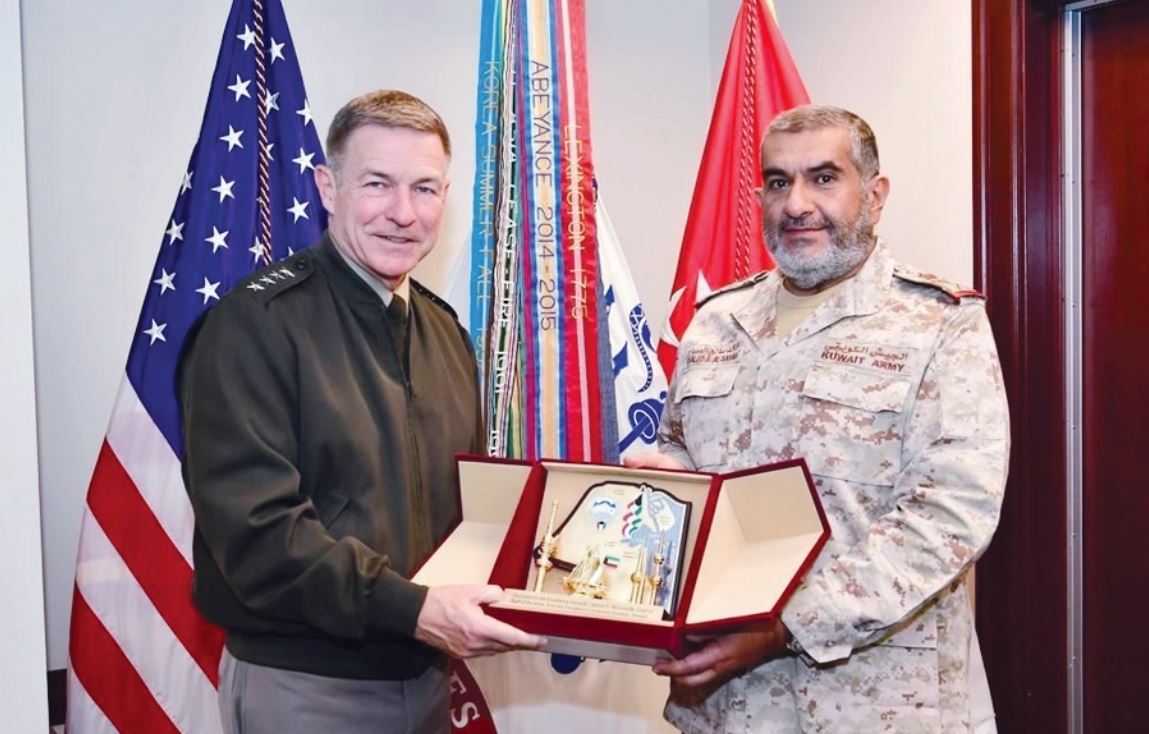 The State of Kuwait and the US affirmed on Tuesday the importance of enhancing military cooperation in different fields.

This came during the meeting between Kuwait Army Chief of Staff Lieutenant General Khaled Saleh Al-Sabah and US Army Chief of Staff General James McConville at the US Department of Defence headquarters in Washington, DC, said the Army General Staff in a statement.

It noted that the Kuwaiti general visited the US Capital in a highly ranked delegation to participate in the 14th US-Kuwait Joint Military Committee.