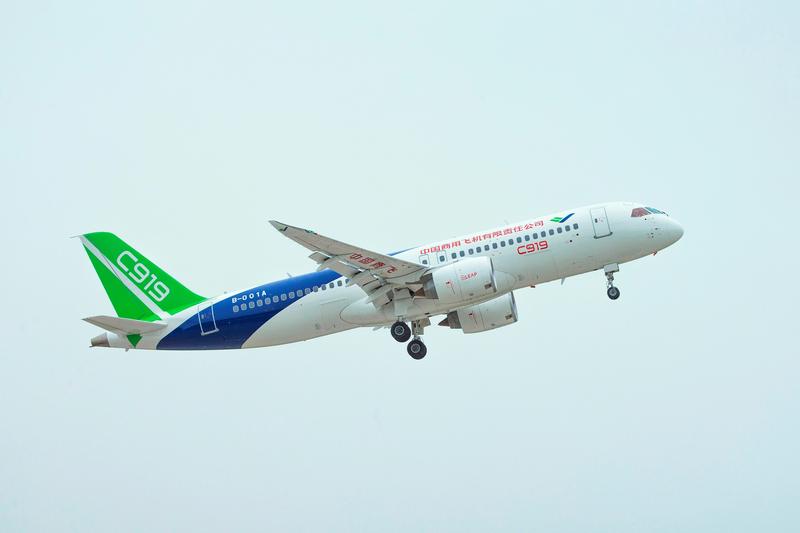 The jet, produced by state-owned manufacturer Commercial Aircraft Corp of China (COMAC) took off from Shanghai’s Pudong Airport and flew for over three hours, it said.

Plane production has been dogged by certification woes as tough US export rules have delayed the shipment of spare parts.

China has spent tens of billions of dollars to bring its aviation industry up to international standards in recent years, and has high hopes in particular for its C919, a narrow body medium-haul passenger jet designed to compete with the Boeing 737 and Airbus A320. Sources said the jet’s progress seemed to mirror the certification pattern and slow production of its predecessor, the ARJ21 regional jet.

The ARJ21 faced a gap of two and a half years between obtaining a “type certificate”, which declares the design safe, and a “production certificate” allowing it to enter mass production.