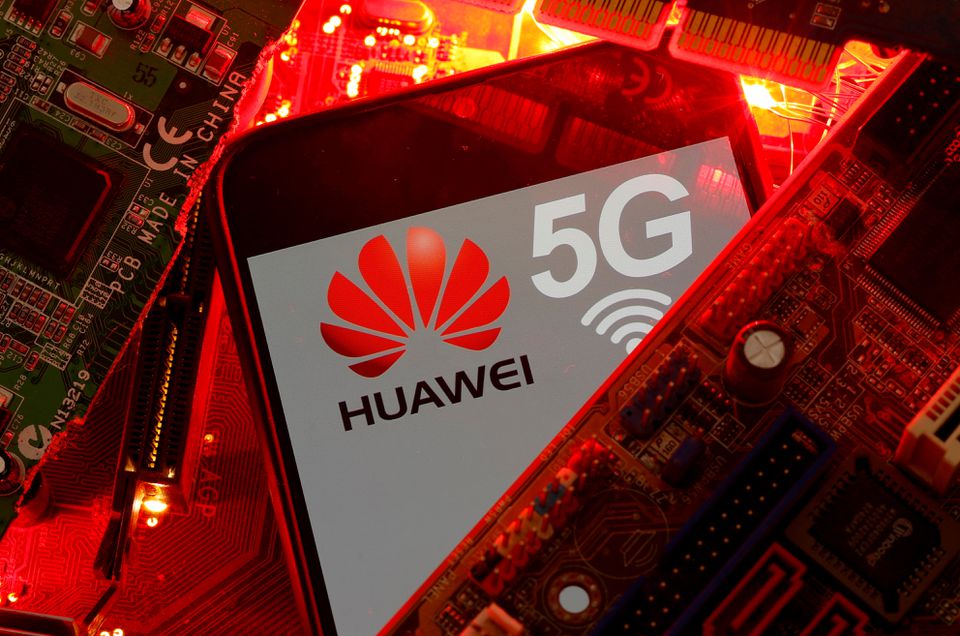 FILE PHOTO: A smartphone with the Huawei and 5G network logo is seen on a PC motherboard in this illustration. Reuters Photo.

OTTAWA: Canada on Thursday said it plans to ban the use of China's Huawei Technologies Co Ltd and ZTE Corp 5G gear to protect national security, joining the rest of the so-called Five Eyes intelligence-sharing network.

"We intend to exclude Huawei and ZTE from our 5G networks," Industry Minister Francois-Philippe Champagne told reporters in Ottawa. "Providers who already have this equipment installed will be required to cease its use and remove it under the plans we're announcing today."

Champagne added that companies will be required to remove their 5G gear by June, 2024, would not be reimbursed. Companies using their 4G equipment must be removed by the end of 2027.

The decision - widely expected - had been delayed amid diplomatic tensions with China. The rest of the Five Eyes network - which consists of Canada, the United States, Britain, Australia and New Zealand - has already banned the equipment.

In September 2018, Canada first announced it would review the possible threats to national security in adopting Huawei equipment.

Then in December of the same year, Huawei Chief Financial Officer Meng Wanzhou was arrested in Canada on a US warrant, creating a long-running dispute with China that finally ended last September with Meng's release.

After Meng's arrest, two Canadians were arrested by Beijing and accused of espionage. The two men were released the same day as Meng.

Now diplomatic tensions between China and Canada have eased somewhat. On Wednesday, China removed a three-year restriction on imports of Canadian canola seed, reversing what was considered a retaliatory move for Meng's arrest.

Thursday's decision comes after telecom companies in Canada already opted to use other companies' 5G hardware.

China expressed opposition to this decision. "We will take all necessary measures to safeguard the legitimate interests of Chinese firms," foreign ministry spokesman Wang Wenbin told reporters in Beijing on Friday.

A spokesperson for China's embassy in Canada said the alleged security concerns were a "pretext for political manipulation" and accused Canada of working with the United States to suppress Chinese companies.

Alykhan Velshi, vice president of corporate affairs for Huawei in Canada, said in an interview with the Canadian Broadcasting Corp that the company is still waiting to hear "what sort of national security threats they think Huawei poses".

Velshi said that Huawei still has 1,500 employees in Canada, mostly in research and development, and sold products like mobile phones, and would continue to do so.

ZTE said in a statement it is aware of Canada's "regrettable" decision and rejects the premise of this "highly speculative" announcement.

The company has always abided by international standards and best practices, by opening up "our cybersecurity labs to enable regulators and stakeholders to verify the security of ZTE products" and would continue to do so," it added.