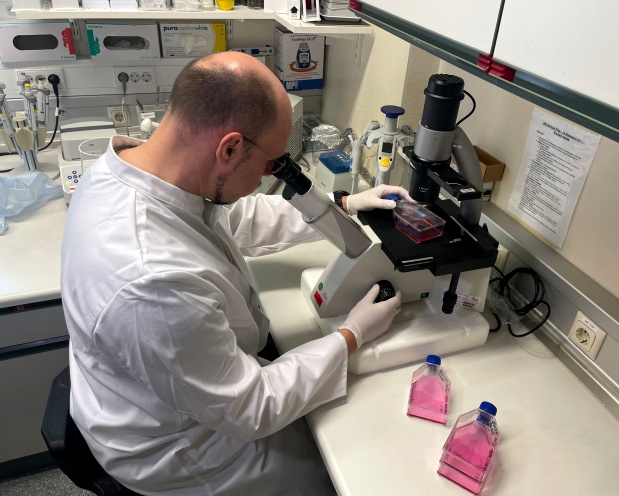 Head of the Institute of Microbiology of the German Armed Forces Roman Woelfel works in his laboraty in Munich, May 20, 2022, after Germany has detected its first case of monkeypox. Reuters Photo

WASHINGTON: Additional cases of monkeypox are likely to be detected in the United States but the risk to the general public is low at this time, a senior US administration official said on Friday.

The first case of monkeypox this year in the United States was confirmed on Wednesday by the Massachusetts Department of Public Health. The infected man had recently traveled to Canada.

"It is likely that there could be some additional cases detected in the coming days as surveillance and testing begin to work more actively to look for cases," the official told reporters.

"There appears to be a low risk to the general public at this time," the official added.

Monkeypox, which mostly occurs in west and central Africa, is a rare viral infection similar to human smallpox, though milder. It was first recorded in the Democratic Republic of Congo in the 1970s. The number of cases in West Africa has increased in the last decade.

Symptoms include fever, headaches and skin rashes starting on the face and spreading to the rest of the body.

The virus does not spread easily between people, but transmission can occur through contact with body fluids, monkeypox sores, items such as bedding or clothing that have been contaminated with fluids or sores, or through respiratory droplets following prolonged face-to-face contact.