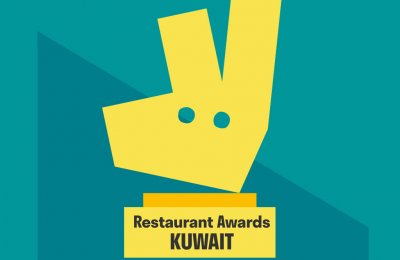 Kuwait-born concept Pick was crowned this year’s Restaurant of the Year at the inaugural Deliveroo Restaurant Awards, which honoured Kuwait’s top restaurants.

The awards ceremony was a celebration of Deliveroo’s amazing restaurants in Kuwait who have prospered despite a couple of rollercoaster years for hospitality. Over 50 restaurants were shortlisted for an award, and the winners of 19 of the categories were chosen by public vote, with customers voting for their favourite local brands. Deliveroo recorded over 17,000 votes at the Deliveroo Restaurant Awards, a true testament to locals’ love for food delivery.

The final award of the night - Restaurant of the Year - was won by Pick, after battling it out with finalists Madison & Heig and Shrimpy.

Seham AlHusaini, General Manager at Deliveroo Kuwait, said: “We are excited to announce the winner of our coveted Restaurant of the Year award: Pick! Congratulations are also in order for the winners of all our restaurant categories – from Best Burger to Best ‘New to Roo’ and more. We are excited to be the first food aggregator to launch an initiative like this in Kuwait, and are incredibly proud to witness our restaurant and coffee partners get the recognition and accolades they deserve.”