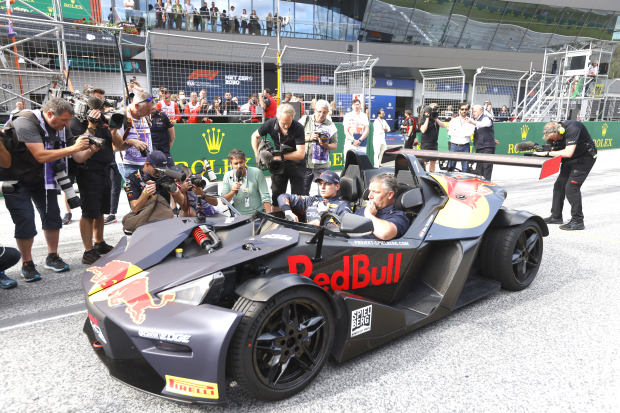 Ferrari’s Charles Leclerc will line up alongside the Dutch driver on the front row after a scrap for second with Spanish teammate and British Grand Prix winner Carlos Sainz, who finished third.

The victory at the Red Bull Ring stretched Verstappen’s championship lead to 38 points over teammate Sergio Perez, who finished fifth after starting 13th. Leclerc is six points further back.

“It was a decent race. We had a good pace at the beginning and after that we were very closely matched. It was good, it was like a sprint should go, quite flat out,” said Verstappen, who had qualified on pole on Friday.

“The car is good. Just a few things to fine tune but overall we’ve been really competitive again this weekend,” added the 24-year-old, who took the chequered flag 1.675 seconds clear of Leclerc.

Verstappen also won the season’s previous sprint at Imola in April and his army of Dutch fans let off flares to send clouds of orange smoke billowing from the stands before and after the 23-lap race.

Alpine’s Esteban Ocon was sixth, the Frenchman stopping on track after the chequered flag, with Kevin Magnussen seventh for Haas.

The sprint race awards points to the top eight, with the winner taking eight.

Ocon’s teammate and twice world champion Fernando Alonso failed to start the sprint after his car remained jacked up on the grid with tyre blankets still on.

It was then pushed back into the garage with Alonso set to start on the back row on Sunday with Aston Martin’s four-times champion Sebastian Vettel the only other retirement.

The field did a second formation lap after Alfa Romeo’s Chinese rookie Guanyu Zhou stopped, sending him to the pit lane.