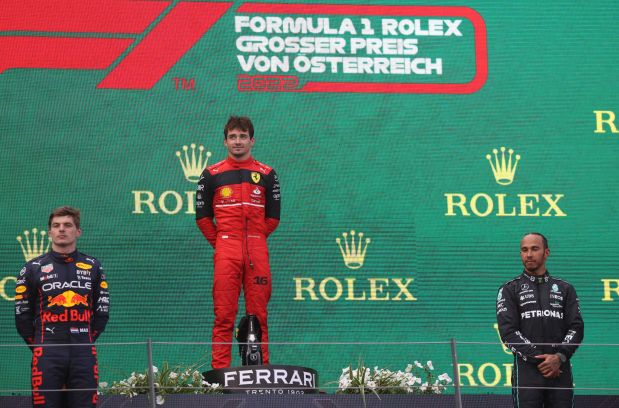 Race stewards summoned Ferrari, Red Bull and Mercedes representatives after the podium celebrations following a report from the race director.

They said video evidence had confirmed the drivers' physios and/or drivers' assistants had entered parce ferme, the closed pit lane area, without permission and in violation of an established procedure.

The ban on them entering the area is to ensure no items are handed to drivers before they are weighed.

The stewards said the fine was suspended for the remainder of the season and warned drivers that the individuals concerned could have their passes revoked if there was a "systemic violation".

Ferrari's Leclerc won the race at the Red Bull Ring with championship leader Verstappen second for Red Bull and Hamilton, the sport's most successful driver of all time, third for Mercedes.