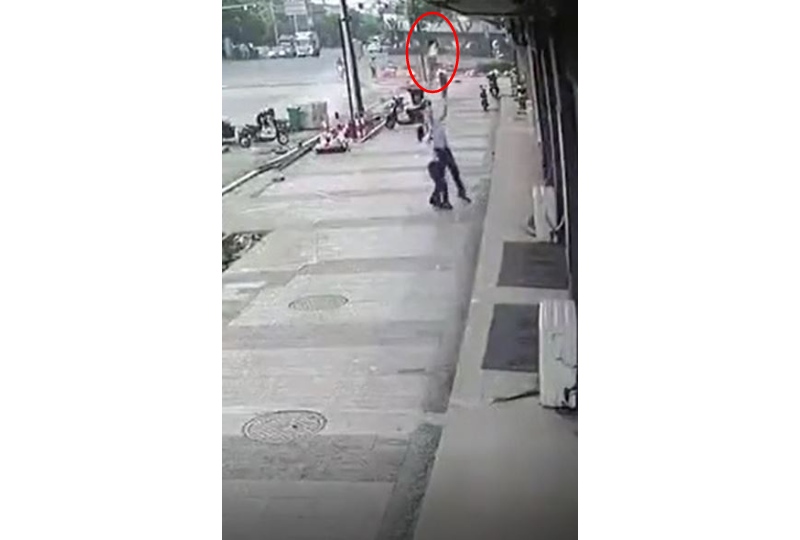 A screen grab from the video with the girl highlighted in red.

A man in Eastern China has been hailed a hero after he caught a two-year-old girl who fell out a window from the fifth floor.

The girl, who had fallen down four floors and landed on steel roofing on the first floor, was

Shen Dong, who was parking his car when he heard the loud bang from the girl landing on the first floor steel roofing, immediately rushed to her aid.

In videos that have since gone viral on social media, the 31-year-old can be seen trying to call emergency personnel while rushing over to where the girl was.

The girl, now on the roofing, had tried to move and fell over the side once again and Mr Dong is seen tossing his mobile aside and rushing to catch the toddler just in time.

The girl from Tongxiang in Zhejiang province injured her legs and lungs, but is in stable condition, it has been revealed.