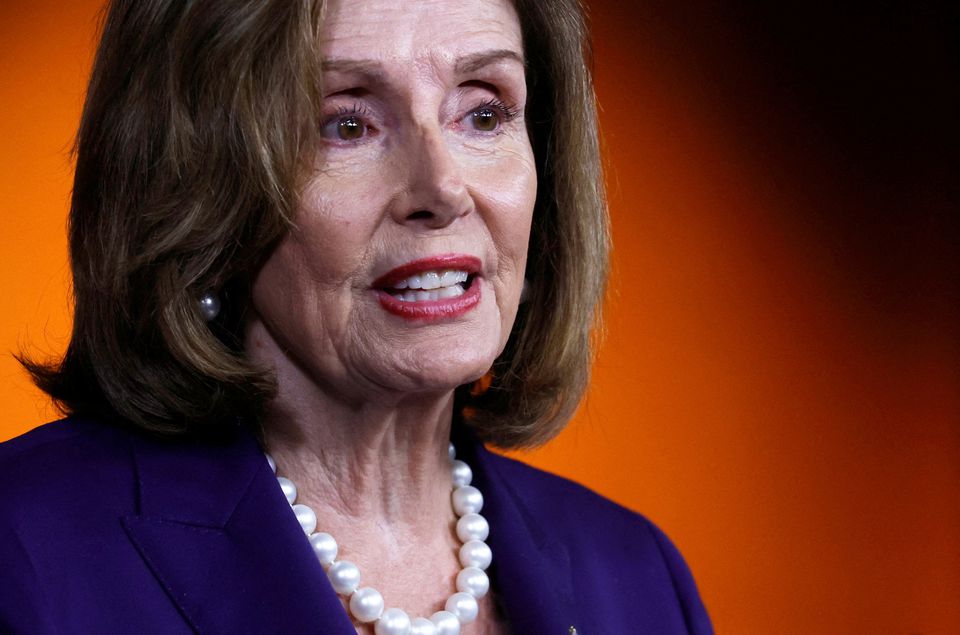 TAIPEI: US House of Representatives Speaker Nancy Pelosi is set to visit Taiwan today, sources said, as China warned that its military would never “sit idly by” if she visited the self-ruled island claimed by Beijing.

Pelosi, who began an Asia trip yesterday in Singapore, was due to remain in Taiwan tonight, the people said.

Amid widespread speculation over whether she would make a stop in Taiwan, Pelosi’s office said on Sunday that she was leading a congressional delegation to the region that would include visits to Singapore, Malaysia, South Korea and Japan. It did not mention Taiwan.

One source said that the US had informed some allies about Pelosi’s visit to Taiwan. Another source said Pelosi was scheduled to meet some activists during her stay in Taiwan.

Chinese foreign ministry spokesman Zhao Lijian yesterday said that it would be “a gross interference in China’s internal affairs” if Pelosi visits Taiwan, and warned that it would lead to “very serious developments and consequences.”

“We would like to tell the US once again that China is standing by, the Chinese People’s Liberation Army will never sit idly by, and China will take resolute responses and strong countermeasures to defend its sovereignty and territorial integrity,” Zhao told a briefing.

Asked what kind of measures the PLA might take, Zhao said: “if she dares to go, then let us wait and see.”