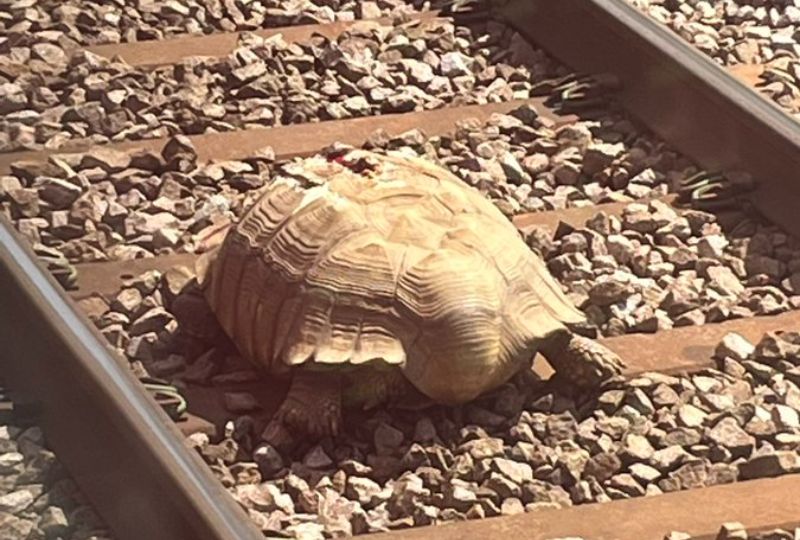 Clyde the Tortoise on the train tracks. (Photo from TW/di_akers_)

Passengers on the way to Stanstead Airport from Norwich were left confused and angry after a giant tortoise caused a two-hour delay to their train.

The giant tortoise, named Clyde, had gone missing from the Swallow Aquatics Centre in East Harling on Sunday.

When he was found on the train tracks, he appeared to have been injured after being hit by a train.

In a tweet, Greater Anglia, the railway company said that the train was blocked due to "animals on the railway".

The presence of the animal was confirmed by a Twitter user who posted its photo on the micro-blogging website.

@greateranglia There is a giant tortoise on the line past Eccles Road going away from Norwich it’s still alive but injured pic.twitter.com/jxX14Nx60P

According to reports, the tortoise was removed from the tracks by a specialist team and taken to a veterinarian where he is expected to make a full recovery.

But due to the two-hour delay caused by Clyde, there were further delays all throughout the day.