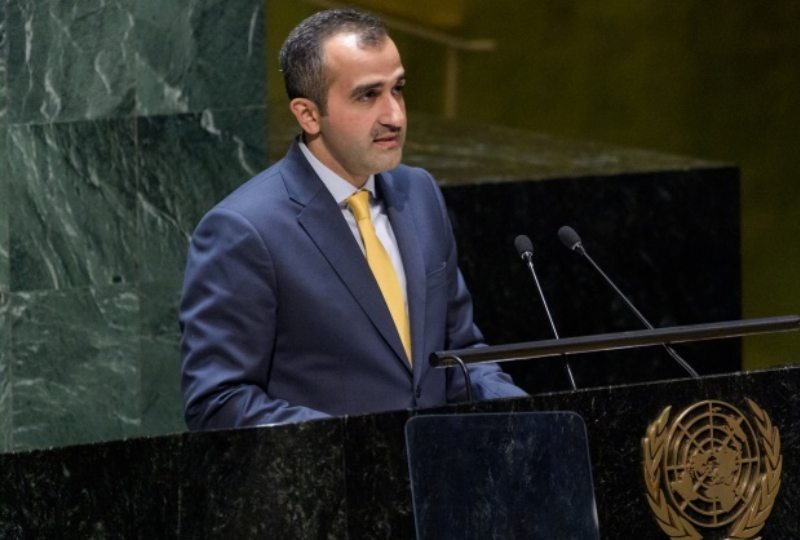 BNA Photo
Bahrain took part in the Tenth Review Conference of the Parties to the Treaty on the Non-Proliferation of Nuclear Weapons which began at the UN headquarters in New York.Addressing the forum, chargé d’affairs to Bahrain’s Permanent Mission to the UN in New York Hatem Abdulhameed Hatem emphasised the importance that the kingdom attaches to the treaty, the prevention of the spread of nuclear weapons, and promoting co-operation in the uses of nuclear energy .