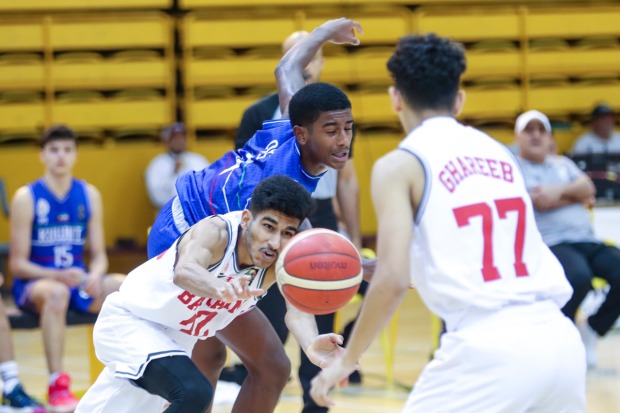 The players battle for the ball.

Bahrain beat Kuwait 55-45 yesterday in the third-place play-off of the Fiba Under-18 Asian Championship Gulf Basketball Association Qualifier in Dubai.

Having shrugged off the disappointment of a semi-final loss to Qatar from just a day earlier, Bahrain produced a disciplined, focused performance as they avenged their group-stage loss to Kuwait.

With captain, Abbas Albasri on song – he finished with 15 points for the game – and Omran Najaf carrying on his fine form from the day before, Bahrain continued to press home their advantage, ending the third quarter leading by five points at 40-35 before running away with the match, adding 15 more points in the last quarter to Kuwait’s 10.

Najaf finished with 13 points while Naser Alanzoor, who endured a scoreless outing against Qatar on Friday, managed to find his rhythm again and contributed eight points.