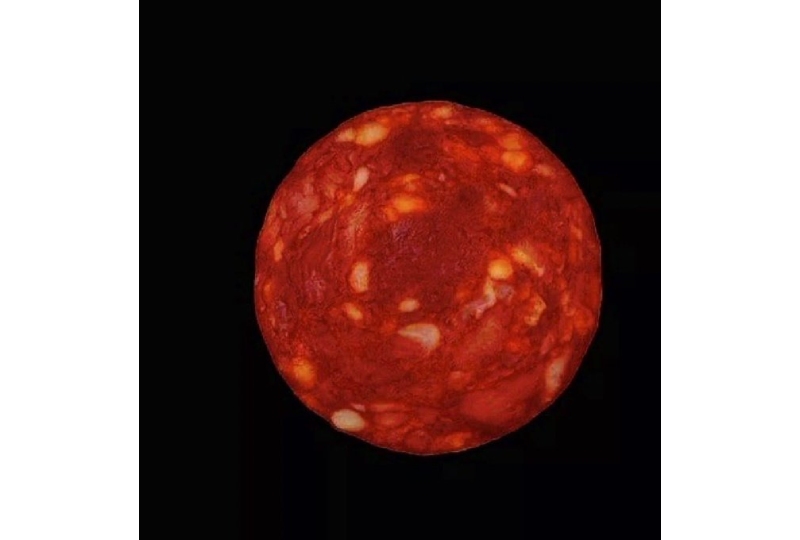 The picture of "Proxima Centauri" that Klein tweeted.

Etienne Klein, a celebrated physicist and director at France's Alternative Energies and Atomic Energy Commission tweeted a picture last week of what he claimed to be Proxima Centauri, the closest star to the Sun.

He claimed that the photo was taken by the recently deployed James Webb Space Telescope.

In a bizarre turn of events however, Mr Klein later tweeted that the picture was not in fact a picture of Proxima Centauri, but a picture of a slice of chorizo, a type of Spanish sausage.

"Well, when it's cocktail hour, cognitive bias seem to find plenty to enjoy... Beware of it. According to contemporary cosmology, no object related to Spanish charcuterie exists anywhere else other than on Earth."

Mr Klein, while apologising for his prank, explained that his intention was to make people aware of fake images circulating on the internet. He said he did so to "urge caution regarding images that seem to speak for themselves."

In a bid to make amends, Mr Klein later tweeted a real picture of the Cartwheel galaxy.