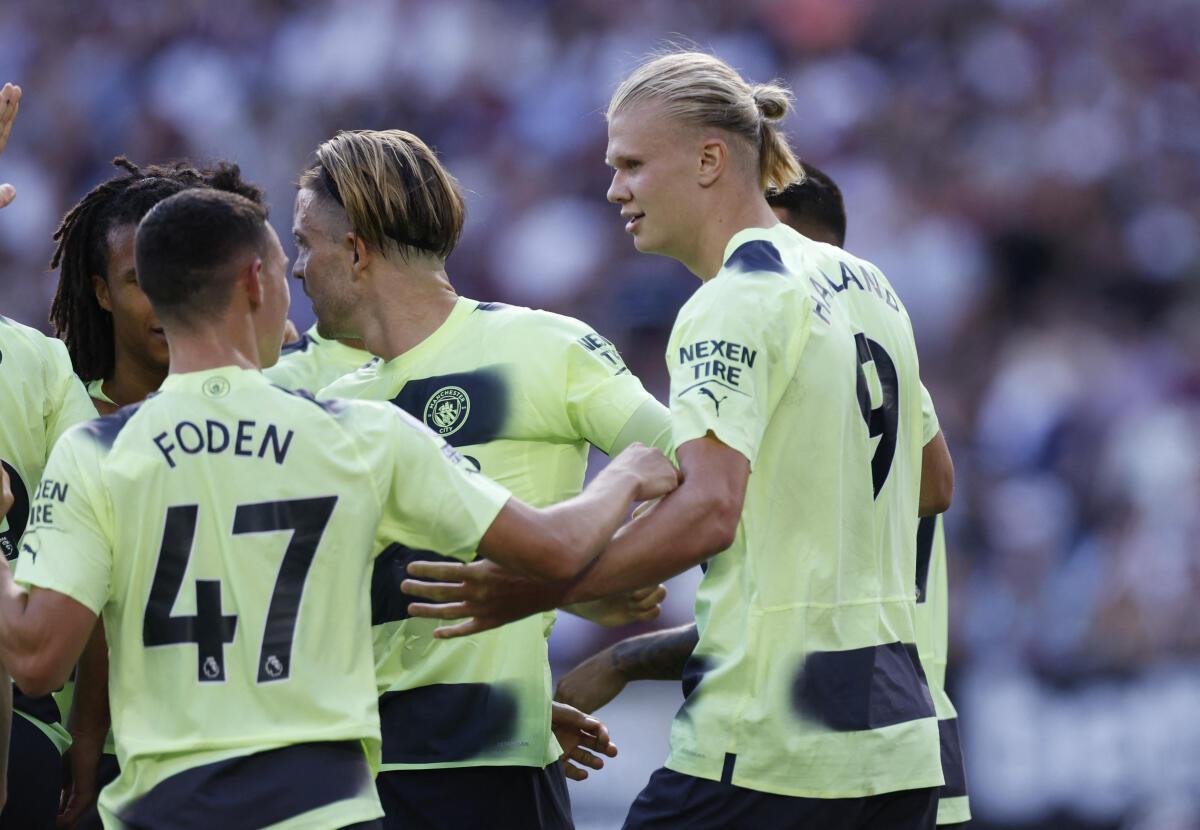 New Manchester City signing Erling Haaland marked his Premier League debut with a double as the champions began their title defence with a clinical 2-0 victory over West Ham United at the London Stadium on Sunday.
Pep Guardiola's City were awarded a penalty after 36 minutes when Haaland charged past the West Ham defence to latch onto a through ball and take it around Alphonse Areola before being fouled by the substitute goalkeeper.
The Norwegian striker stepped up to convert the spot kick, his cool finish sending Areola the wrong way to give City a deserved lead after an utterly dominant first half in which West Ham were rarely able to venture from their own box.
City midfielder Kevin De Bruyne then defended a series of crosses before slipping through a delightful pin-point pass to Haaland, who timed his run to perfection and slotted home with a fine left-footed finish in the 65th minute.
West Ham forward Michail Antonio had headed wide in the opening stages and De Bruyne easily cleared Jarrod Bowen's free-kick just before halftime, but the hosts struggled to make their mark on the game in a largely toothless attacking display.
Manager David Moyes brought on Said Benrahma and new signing Gianluca Scamacca just before the hour mark in an attempt to change West Ham's fortunes but Haaland doubled City's lead minutes after and the visitors comfortably saw out the win.