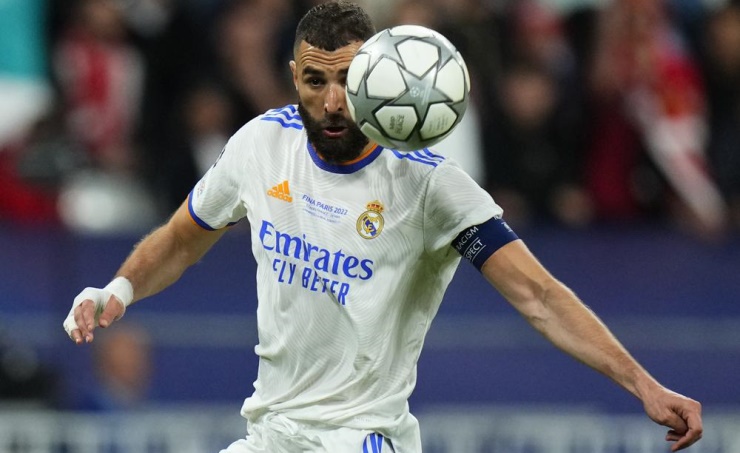 Real Madrid wants to start the new season the same way it ended the last one — winning a trophy, reports AP.

Madrid won the Champions League in its final match last season, and on Wednesday it begins the new season by taking on Europa League winner Eintracht Frankfurt in the UEFA Super Cup in Helsinki, Finland.

Madrid is chasing its fifth Super Cup title, and first since 2017, while Frankfurt will be making its first Super Cup appearance following its shootout victory over Rangers in the Europa League final. That win ended the German club’s 42-year wait for a European trophy.

Madrid ended last season on a high after comfortably winning the Spanish league and overcoming poor performances to advance in the knockout stages of the Champions League. It eventually clinched a record 14th European title in the final against Liverpool.

The Spanish powerhouse will be mostly unchanged going into 2022-23, led by Karim Benzema following his best season ever. Vinícius Júnior and Rodrygo are also back in an attack that was dominant last season, and the midfield remains anchored by Casemiro, Luka Modric and Toni Kroos. The team’s additions come with central defender Antonio Rüdiger and midfielder Aurélien Tchouaméni.

Isco Alarcón and Gareth Bale left after their contracts expired, but the club did not replace them despite the disappointment of failing to sign Kylian Mbappé from Paris Saint-Germain. Instead Madrid is hoping for another impressive season up front from the 34-year-old Benzema.

The France striker was the top scorer in the Spanish league and the Champions League. He scored 44 goals in 45 matches with Madrid, and equalled Raúl González as the club’s second-highest scorer with 323 goals, behind Cristiano Ronaldo (451).

Benzema scored twice in his two preseason games — a 2-2 draw with Mexican club América and a 2-0 win over Juventus — and did not play in Madrid’s 1-0 loss to Barcelona.

Madrid will play its Spanish league opener on Sunday at promoted Almería. Frankfurt’s season has already started. It routed second-division club Magdeburg 4-0 in the first round of the German Cup, then lost 6-1 at home to Bayern Munich in the Bundesliga opener on Friday, when the visitors led 5-0 at halftime.