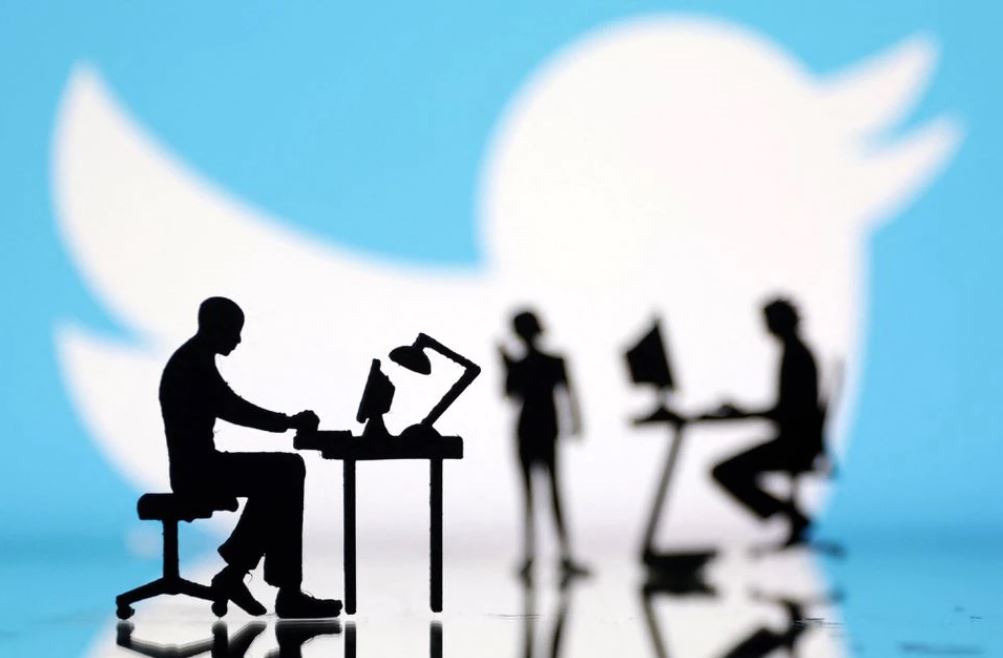 Figurines with computers and smartphones are seen in front of Twitter logo in this illustration, July 24, 2022. REUTERS/Dado Ruvic/Illustration
LONDON: Twitter was down for thousands of users yesterday, according to outage tracking website Downdetector.com.
Downdetector, which tracks outages by collating status reports from a number of sources, showed more than 32,000 outage reports.
“We’re looking into this now, will get back to you ASAP,” Twitter told Reuters in an emailed statement.
The social media platform, which is in a legal tussle with Tesla boss Elon Musk over his $44 billion takeover deal, faced a nearly three-hour outage in July, with the company saying it had some trouble with its internal systems that impacted many globally.
Notorious for outages in its early years, Twitter was known for using its popular ‘Fail Whale’ illustration, which showed a beluga whale being lifted by birds, during such incidents.