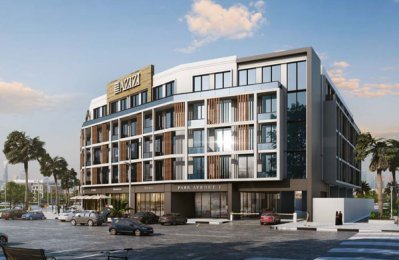 The Park Avenue project
Azizi Developments, a leading private developer in the UAE, has extended its deal with Bin Ham North Ocean Elevators for the supply and installation of Hyundai elevators across three buildings in Park Avenue, located in MBR City.
Bin Ham North Ocean Elevators has been the exclusive distributor of Hyundai lifts in the UAE for nearly a decade. Hyundai Elevator was founded in Korea in 1984 and is among the top 10 elevator brands in the world, with an annual production capacity of over 25,000.
Bin Ham North Ocean Elevators provides a wide variety of lifts, including double-decker, destination control, ultra-high-speed, observation, freight, and bed elevators, among others.
Best-in-class suppliers
Commenting on the agreement, Farhad Azizi, CEO of Azizi Developments, said: “This partnership reflects our mission to work hand-in-hand with best-in-class suppliers only, to cater to our valued investors and end-users. We take pride in developing properties that represent unparalleled modern luxury and outstanding quality, a design and construction philosophy that sets us apart and ensures investor satisfaction. Bin Ham North Ocean Elevators was appointed based on important commonalities and an array of attributes precisely meeting the stringent standards and quality of Park Avenue.”
The project comprises 372 residential and 29 retail units, with each of the three buildings having its own fully equipped gym and swimming pool. Work is progressing swiftly, with the structure of Park Avenue I now being 84% complete and Park Avenue II and III’s structures now having reached 96% and 97%, respectively. The total workforce also increased to 340 to further accelerate construction.
Built around the concept of connected serenity, Azizi’s Park Avenue project is the epitome of a strategic, easily accessible and convenient location that is its own little getaway within the city. Surrounded by greenery and within proximity to Azizi’s French Mediterranean-inspired master-planned community, Riviera, the upcoming Meydan One Mall, the Meydan Grandstand, The Track, and only a 10-minute-drive to Dubai Mall and Downtown Dubai, these contemporary homes are ideally located for those seeking access to some of the city’s most vibrant points of interest while also basking in the tranquillity of their own community with panoramic views of Dubai’s skyline.-- TradeArabia News Service