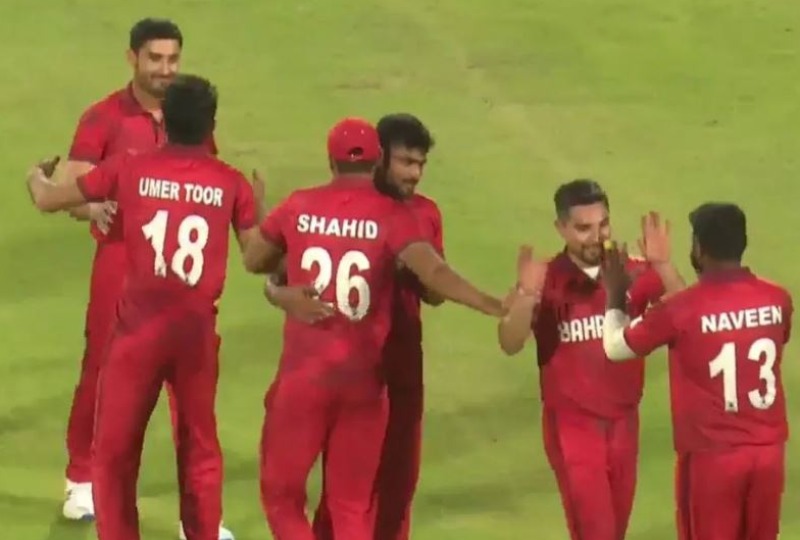 Bahrain will face Kuwait today in the second T20I of a five-match series between the two teams being played at the Al Amerat Cricket Ground in Oman.

The series got off to a sensational start on Thursday with Bahrain winning the Super Over after the match had ended in a tie to go 1-0 up.

Bahrain will take plenty of positives from that game, not least of which was the performance of player-of-the-match, Haider Butt, who first scored 48 not out as he anchored his team’s run-chase and then pillaged 19 off the Super Over to set up the win.

They will also look to David Mathias to reprise his efforts from the first match, after the tall right-hander hammered five sixes in a match-turning 39 not out off only 24 balls after Bahrain had slumped to 95 for five in their chase of a 167-run target.

Opener Umer Toor, who provided Bahrain’s innings its initial impetus with a quickfire 33 off 21 balls, will also fancy repeating his swashbuckling innings, although this time he might want to stick around a little longer to contribute a more substantial score.

Bahrain coach Aashish Kapoor will expect his bowlers to be a little more disciplined in today’s game after Kuwait were allowed to get off to a flier on Thursday with their openers putting on 90 in just over 10 overs before medium-pacer Sathaiya Veerapathiran broke through.

Bahrain did manage to pull things back, thereafter, with Sachin Kumar, on T20I debut, strangling the Kuwait middle-order and claiming two wickets in four overs of tidy off-spin.

And left-arm seamer Imran Anwar returned towards the end after a wicket-less opening spell at the top of the innings to pick up three quick wickets in Kuwait’s scramble to add as many runs as they could in the final couple of overs.