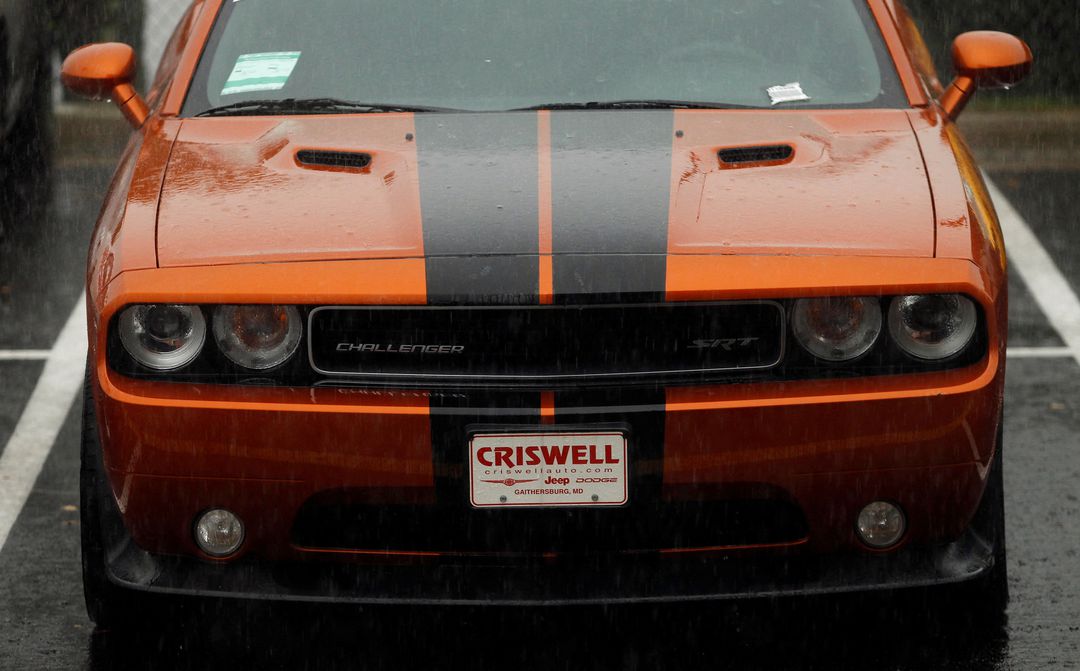 A Dodge Challenger is shown at the Criswell Chrysler-Dodge-Jeep-Fiat-Ram truck dealership in Gaithersburg, Maryland (Reuters Photo)

Stellantis NV's Dodge brand plans to squeeze maximum profit from the farewell party for its petrol-burning Challenger and Charger muscle cars, which are scheduled to go out of production at the end of next year, the company said on Monday.

Dodge will offer seven low-volume "heritage-influenced" versions of the Charger and Challenger at certain dealerships - previewing them under cover at events starting Monday in a throwback to marketing tactics that were old when the brand's current leaders were starting their careers.

The final run of the current Dodge muscle cars will be allocated to dealers all at once, said brand chief Tim Kuniskis to reporters. Customers will be able to see which dealers will get a car they want.

With their retro-styling and gasoline-burning six and eight-cylinder engines, the Challenger and Charger are throwbacks to Detroit muscle cars of the 1960s and 1970s. And like their forebears, the current Dodge muscle cars are getting run off the road by regulations aimed at curbing pollution.

Stellantis ranked last among major US automakers in corporate average fuel economy in 2021, according to the US Environmental Protection Agency. US regulators earlier this year said they would increase penalties for failing to hit CO2 emissions targets, a decision that could cost Stellantis as much as $572 million.

Dodge brand executives are betting customers will see the last of the current Chargers and Challengers as collectible vehicles worth paying a premium to own.

"The thing I don't want is for some customer who wants one to order ten," Kuniskis said.

Stellantis has said that starting in 2024 it will spend $2.8 billion to retool the Brampton, Ont. factory that builds the Charger and Challenger to assemble vehicles that "support the company's electrification plans."