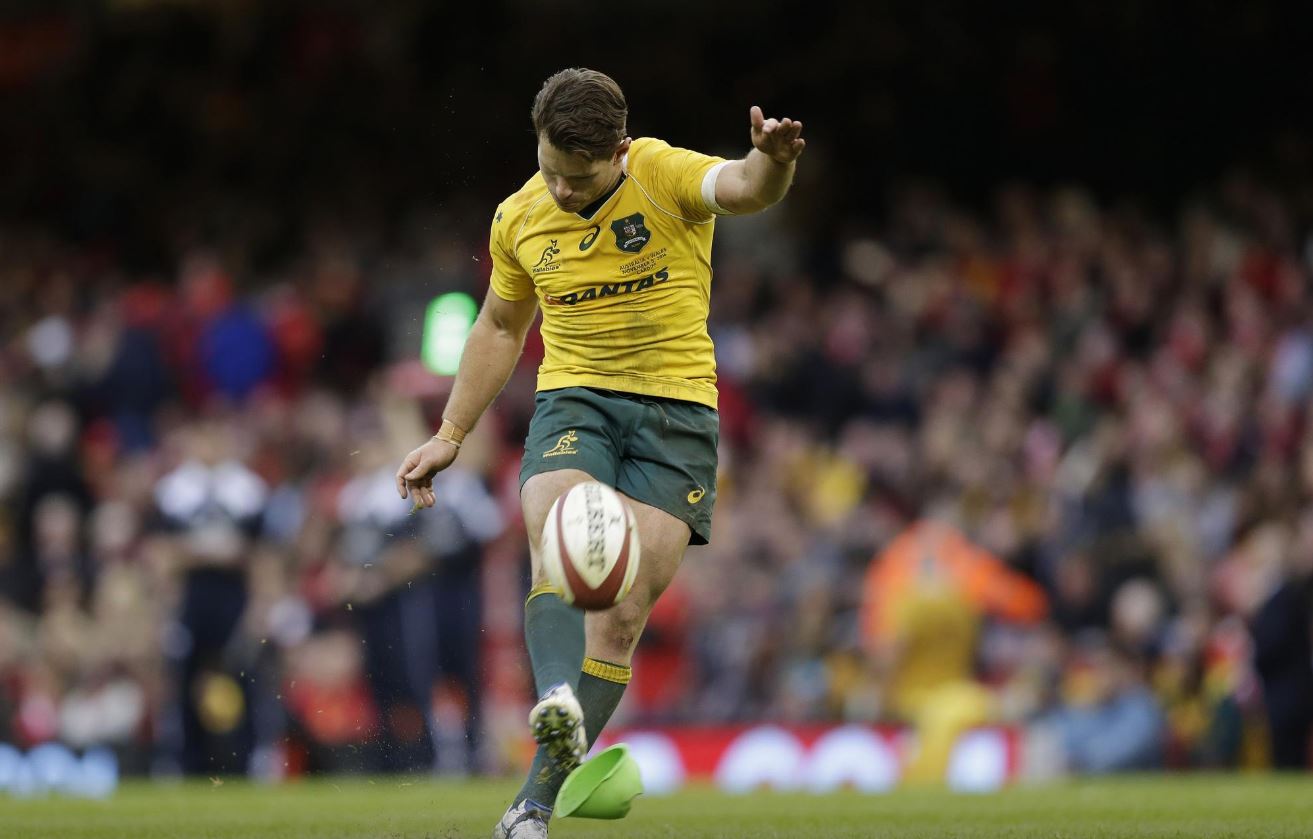 SYDNEY: Australian flyhalf Bernard Foley has next year's World Cup on his radar after his sensational recall to the Wallabies squad for the Rugby Championship after three years in international exile.

Foley won 71 caps for his country before falling out of favour towards the end of Michael Cheika's reign as coach and departing for Japan's Kubota Spears after the 2019 World Cup.

The 32-year-old said he felt he was a more worldly player after suiting up with All Blacks and Springboks while participating in Japanese club rugby and was now eyeing a third World Cup, even if it was early days yet.

"I'm pretty excited and grateful to have that second opportunity," Foley, a World Cup finallist in 2015, told reporters from Queensland on Monday.

"(The World Cup) is definitely on the radar, but I'm just in here on day one trying to connect with the guys and find out how we want to play.

"There's a lot of footy and a lot of time between now and then so, it's the cliche, but I'm just taking it day-to-day."

Foley said he had been impressed with how Quade Cooper had come in and lifted the Wallabies last year and thought Australia had some gifted, if inexperienced, playmakers in Noah Lolesio, Ben Donaldson and Tane Edmed.

With Cooper injured and James O'Connor dropped because of his inability to follow current coach Dave Rennie's gameplan, Foley is the only experienced flyhalf option for the upcoming back-to-back tests against both world champions South Africa and New Zealand.

Foley said he had already been impressed by the unity of purpose in the squad and reflected on his experience in the two years running up to the humiliating quarter-final exit at the 2019 World Cup.

"(It) was completely different to what we're talking about now, the intention and purpose was right back then, just the execution and gameplan," he said.

"I think we were in a place where we cared too much, we were trying to force what happened ... the intent was alright but just the execution and the way we wanted to carry it out."

One potential hurdle for Foley having an extended run in the side is his availability for Australia's end-of-season tour of Europe given he is still contracted to his Japanese club.

Foley said those discussions had yet to be had and it was also too early to talk about expectations for his involvement in the upcoming tests.

"I have no real objectives as such, I'd love to be involved where I can, but I just want to be part of the squad and help out," he said.