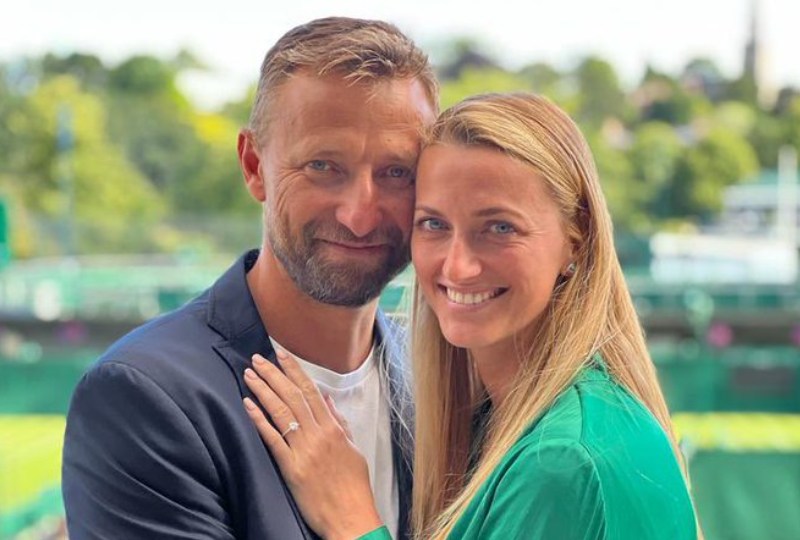 Two-time Wimbledon champion Petra Kvitova added another happy memory at the All England Lawn Tennis Club on Wednesday, announcing she has become engaged to her coach Jiri Vanek in her "special place".

Kvitova, who won her two titles in 2011 and 2014, tweeted the news of her engagement to former player Vanek three days after finishing runner-up at a WTA Tour 1000 tournament in Cincinnati.

"Happy news we wanted to share with you guys ... I said 'yes' in my special place," said Kvitova, 32, with a photo of the pair at the home of the major championship.