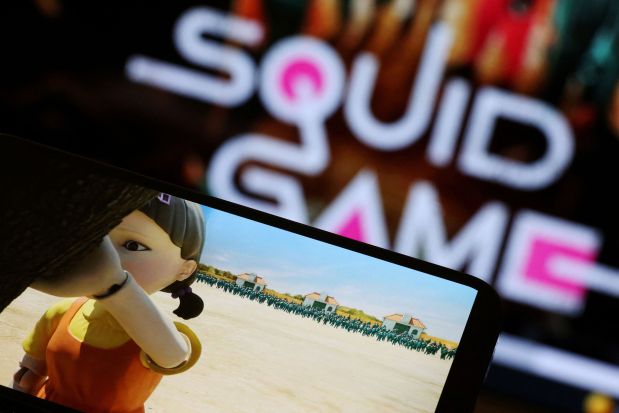 Lee You-mi won the accolade for guest drama actress at the Creative Arts Emmys for playing Ji Young, a young woman forced to compete in a risky quest for riches after she is freed from prison in the dystopian Netflix Inc series.

The actress accepted the accolade on stage at a theater in downtown Los Angeles, speaking a few sentences in Korean before yelling in English: "I'm so very happy!"

The Creative Arts Emmys honored behind-the-scenes artists such as sound engineers, hair stylists and cinematographers as well as guest actors.

Lead actor and other awards will be handed out at a televised red-carpet event on Sept. 12. "Squid Game" will compete for the top drama honor, the first non-English language series to be nominated for that prize.

Rivals for the award include Netflix's "Stranger Things," which earned five Creative Arts awards, including music supervision, for a season that featured Kate Bush's 1985 song "Running Up That Hill." Inclusion in the series sent the song to the top of music charts.

HBO's media dynasty drama "Succession," also in the hunt for best drama, secured one award on Sunday, for casting.