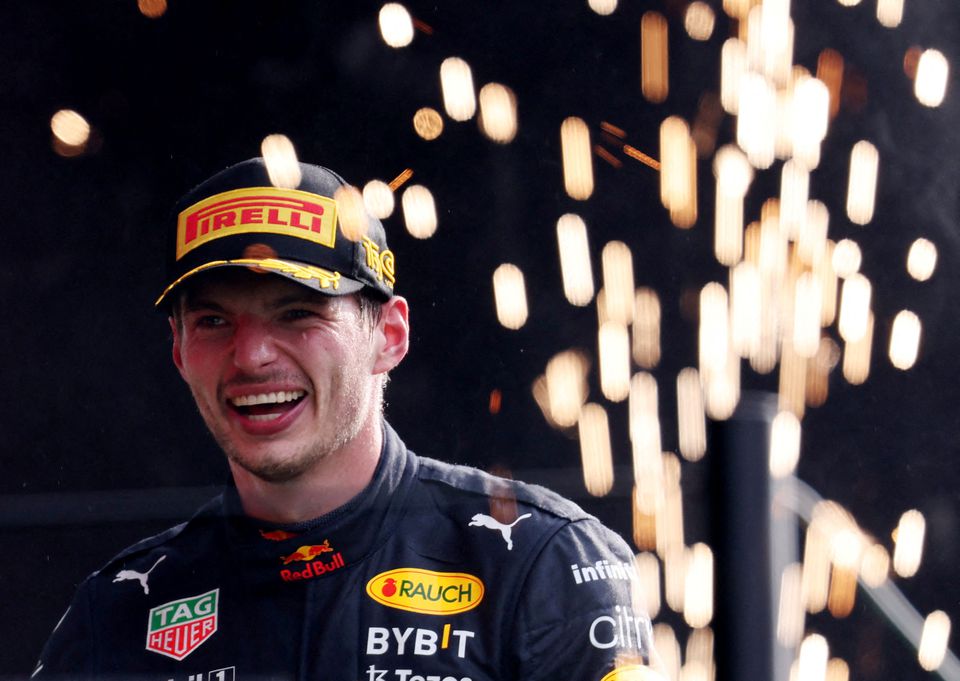 Max Verstappen will be 25 years old when he takes his second Formula One world title but whether it is days or weeks after his birthday in Singapore at the end of September remains to be seen.

The Red Bull driver is so dominant that, without wanting to tempt fate in a sport full of danger, it is surely only a matter of when and where rather than if.

Wrapping things up in Singapore on Oct. 2 could be a possibility, although Japan seven days later looks more likely depending on what happens in next Sunday's Italian Grand Prix at Monza.

Verstappen's home Dutch Grand Prix at Zandvoort on Sunday provided a 10th victory in 15 races and left him 109 points clear at the top of the standings with seven rounds remaining.

He turns 25 on Sept. 30, when he will be busy with Friday practice for Singapore, and he will need to be 138 points clear by the end of that race to make it more than a birthday celebration.

That is a big ask but closest rivals Charles Leclerc and Sergio Perez have failed to score in three races each so far.

On Sunday, Verstappen scored 11 points more than Leclerc and 16 more than Perez.

Super-fast Monza should be good for Red Bull, who romped to a one-two in Belgium, while Singapore could bring Mercedes into the mix.

Third in Zandvoort was Leclerc's best result since he won in Austria in July, while Perez has now finished off the podium in four of the last five races -- and if the Mexican is Verstappen's closest rival there is no contest.

The Dutch driver has already matched his 10 wins of 2021, a year in which he took his first title at the last race in controversial circumstances, and he is now on course to pulverise the record of 13 in a season.

Such a milestone carries a caveat, since Michael Schumacher (2004) and Sebastian Vettel (2013) won 13 each in seasons of 18 and 19 races respectively compared to the current 22.

Verstappen would probably shrug at that anyway.

"I don’t think he cares. He just doesn’t look at things like that," said team boss Christian Horner when asked about breaking the record.

"He goes into every race wanting to win it, that’s his drive, that’s his competitiveness.

"He’s not a big one for statistics and records although he did enjoy wearing his dad’s crash helmet (colours) this weekend which was the only grand prix Jos’s helmet has won."

As it stands, Verstappen could go on holiday until the Mexican Grand Prix at the end of October -- skipping Italy, Singapore, Japan and the United States -- and still be leading.

Brazil, the penultimate round which follows on from Mexico, is a sprint race with eight extra points available on the Saturday.

Nobody is expecting the championship to remain open by then.