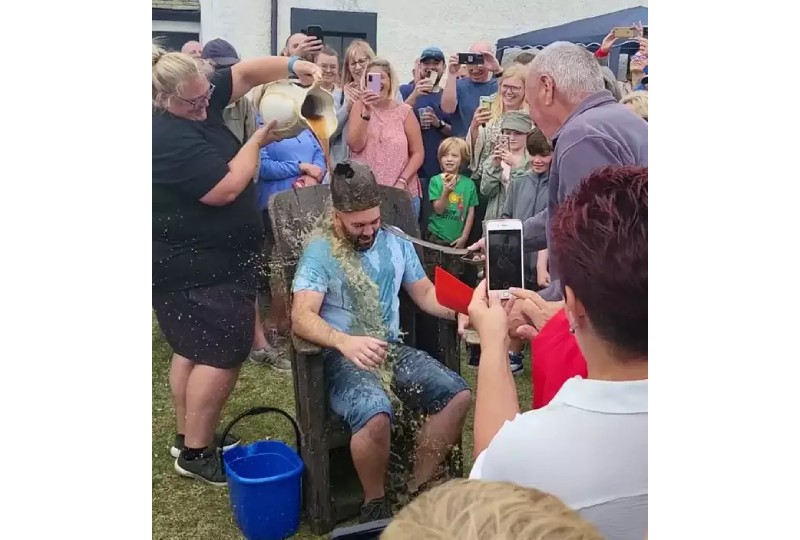 Aaron Sanderson being crowned as the new "King of Piel".( Photo credit: SWNS)

Electrician Aaran Sanderson has officially been crowned "king" of Piel Island, a 26-acre islet located off the coast of Forness in the UK.

The island consists of a 900-year-old bailey castle, a pub named 'The Ship Inn', and eight privately owned cottages.

The title of 'king' or 'queen' is bestowed upon the landlord of the Ship Inn.

And Sanderson has officially taken over as the pub's landlord after beating more than 200 applicants to win the 170-year-old title.

Rod Scarr, the former 'king', conducted the ceremonial honours by pouring a jug filled with alcoholic beverage over his successor's head.