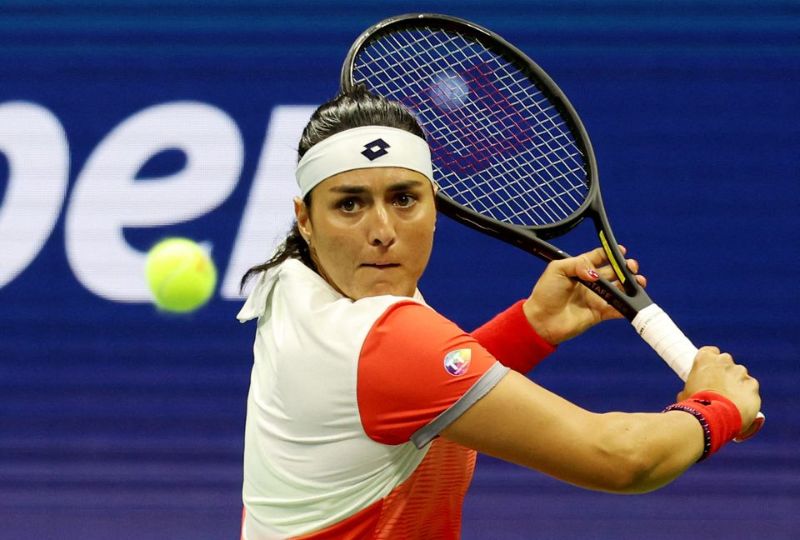 NEW YORK, Sept 8 (Reuters) - Ons Jabeur executed a stunning 6-1 6-3 demolition of Caroline Garcia at the US Open on Thursday, ending the Frenchwoman's hot streak to reach her second Grand Slam final in a row.

The Tunisian became the first African woman to reach the New York final in the open era, setting up a thrilling showdown with world number one Iga Swiatek after a tactical, confident performance.

The fifth seed wrested the momentum immediately, breaking Garcia in the first game before taking the first set in a blistering 23 minutes, with six aces and 11 winners.

Garcia upped her level in the second set but was without one of the most reliable tools in her arsenal, her big serve, and handed Jabeur the break with a clumsy unforced backhand error in the fourth game.

"(My coach) told me to really play her backhand because she was very dominant with her forehand," Jabeur told reporters. "Tactically, I think I played really well."

Jabeur, who became the first Arab woman to reach a Grand Slam final at Wimbledon this year and is known as Tunisia's "Minister of Happiness", sank to her knees and emitted a huge roar of delight after she sent an unreturnable serve over the net for the win.

"Great game for me," she said. "I know she was very confident so I had to really impose my game from the beginning, and it was working very well until the end of the match."

Jabeur had a rocky run-up to the year's final major, exiting early from San Jose and retiring in her Toronto opener with abdominal pain, but was all smiles in the Arthur Ashe Stadium, where she has emerged as a crowd favorite.

Learning lessons from her loss to Elena Rybakina in the final at the All England Club, she told reporters she's prepared to go all the way.

"I'm definitely going to think about that and think about how I played and the emotions and focus more I think on following tactically my coach," she said.

"It's always nice to stick with the same plan. You know, when you get stressed sometimes, you just don't know how to think. I think that I'm going to use it very well."

Garcia, who mounted an extraordinary career comeback this year after returning from a foot injury in May ranked 79th, said she was "stressed out" for the entire tournament and struggled to get her legs moving against Jabeur.

"There is still a lot of positives to take: semifinal here, big jump in the ranking. I know where I was standing few months back, few years back. So let's take the positive," she said.