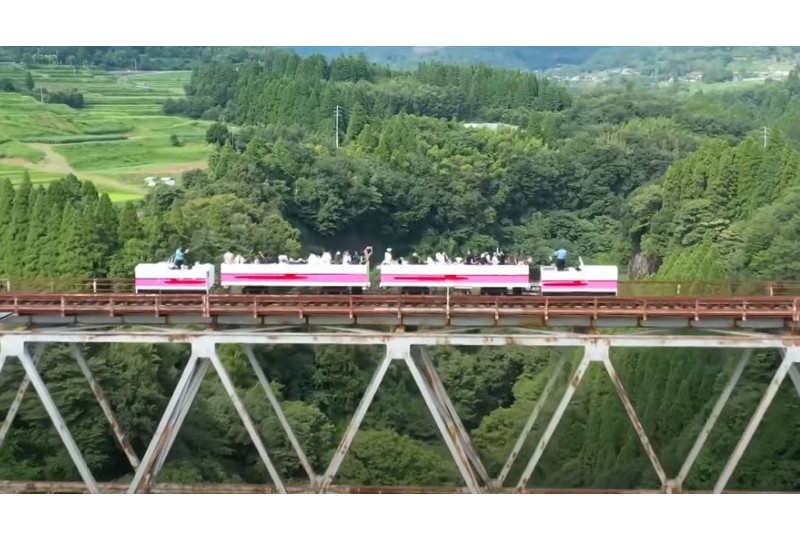 The train with tourists on it. (Photo credit: South China Morning Post)

Food charges you up for the day, but apparently, they're using it to run trains in Japan now.

A sightseeing train in Japan is being run on bio-fuel made from leftover oil and lard from ramen noodle soup.

The bio-fuel is made from discarded oil used to make tempura and lard leftover from making animal bone broth. The two are then mixed in a 9:1 ratio and then refined using chemicals.

According to the Takachiho Amaterasu Railway Company in the Miyazaki Prefecture town of Takachiho, the cost of the bio-fuel comes out the same as diesel.

The railway company got interested in biofuel as an environmentally-friendly initiative. It approached Nishida Shoun, a transportation company in the Fukuoka Prefecture town of Shingu, which developed the fuel.

Test runs with the new fuel began in mid-June. There were no problems starting up the engines or running the train on slopes. As an added benefit, there is no black exhaust or smell of smoke.