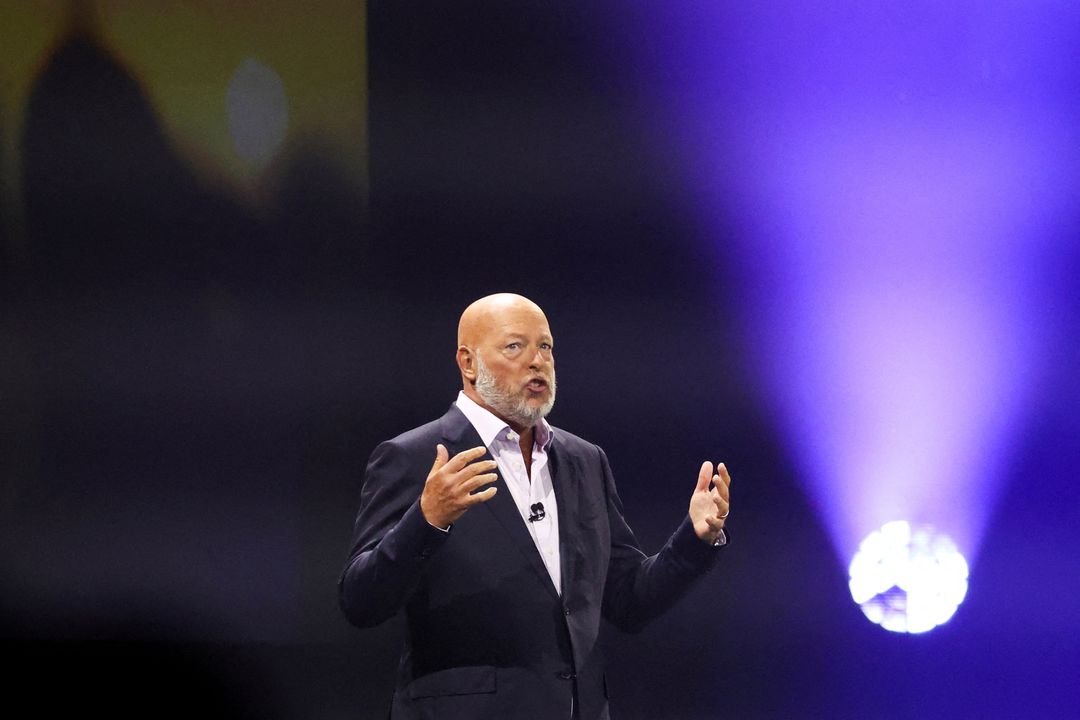 Walt Disney Co on Sunday sketched the contours of a plan for how the entertainment, theme parks and consumer products conglomerate will use technology to enhance storytelling for the next 100 years.

Speaking backstage at the company's biennial D23 Expo fan convention with Reuters, Chief Executive Bob Chapek took great pains to avoid what he called the "M-word," or metaverse, despite pushing the company in that direction last year.

Chapek described Disney's vision for the metaverse as "next-generation storytelling." He wants to use data gleaned from theme park visits and consumers' streaming habits to deliver personalized entertainment experiences, including from the company's Marvel and Lucasfilm studios.

"Disney is absolutely a lifestyle," he told Reuters on Sunday in an interview at the convention in Anaheim, Calif. "The question is, how is our next-gen storytelling leveraging what we know about a guest uniquely in this Disney lifestyle, then serving up unique experiences."

Entertainment and technology companies rushed to secure a position in the metaverse after Meta Platforms Inc (META.O) CEO Mark Zuckerberg announced the future of his company would be devoted to creating a robust, three-dimensional, persisitent environment where users’ digital avatars would work, hang out and pursue their hobbies.

Well ahead of Meta's announcement, Chapek, who oversaw the parks division before taking over the top job in 2020, has spent years preparing how to extend the theme park experience to people who will never visit one of the company's six theme parks globally.

Disney started laying the groundwork in earnest to explore new forms of storytelling over the past year, as it appointed veteran media and tech executive, Mike White, to oversee the newly created Next Generation Storytelling and Consumer Experiences unit.

White has been charged with assembling the technological toolkit for Disney's creative executives to employ.

He has also been brainstorming ideas for using augmented reality and other technologies to bring a new dimension to storytelling. Chapek cited one early example - an eight-minute augmented reality film that premiered this week on Disney+.

"This could be a real big catalyst for what's going to show up there and, you know, five to 10 years," said Chapek.