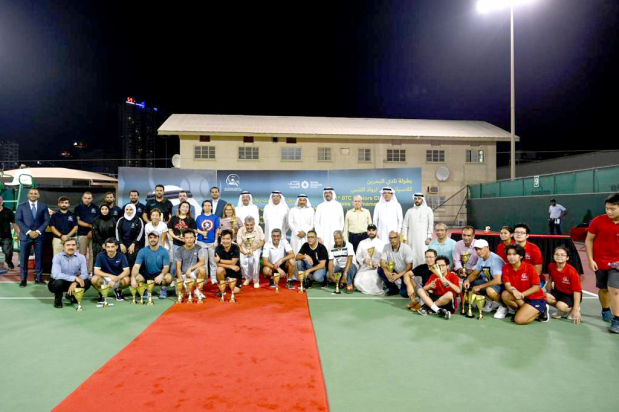 Winners with dignitaries and officials

Winners of the Bahrain Tennis Club (BTC) Tennis Classic Championship were honoured during the closing ceremony, held under the patronage of His Majesty King Hamad’s adviser for youth and sports affairs Saleh Bin Hindi at the club’s premises.

“It’s a privilege to be the patron of this event,” said Bin Hindi, highlighting the contributions of the club in developing tennis in Bahrain.

The championship included matches in various categories and saw participants from various ages, starting from 30 to 65, from both genders.

The event was sponsored by Royal Bahrain Hospital.