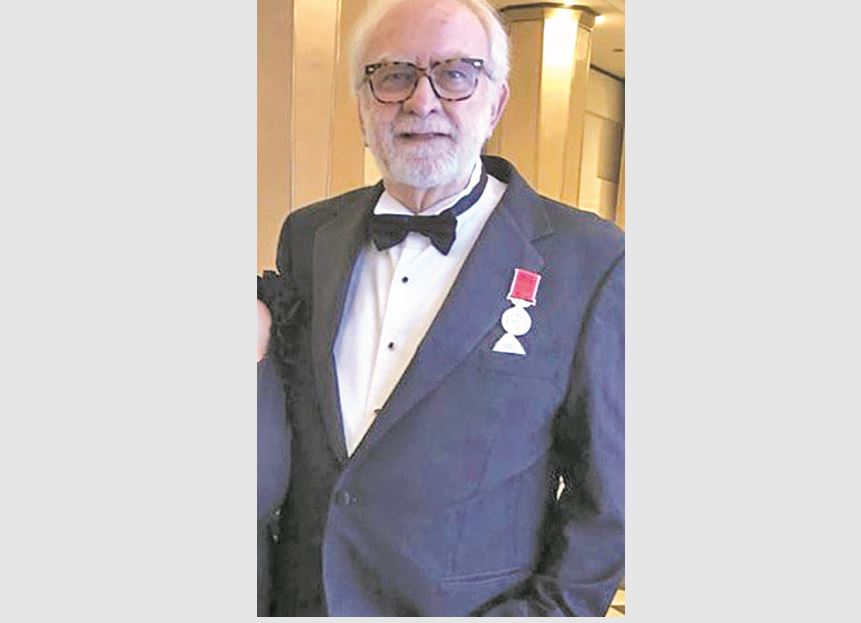 Legendary British journalist George Williams, who stepped down in 2020 after more than four decades in Bahrain and 24 years in the hot seat as Editor-in-Chief of the Gulf Daily News, was the first journalist to ever receive a top honour from Her Majesty The Queen for media work carried out in the kingdom.

He received the British Empire Medal ‘for services to journalism in the Middle East’ shortly after retiring to Britain and France.

At the time he said he felt ‘privileged’ to receive the honour and regarded it as recognition for the GDN team, who have strived for years to ‘set successfully the standards for ethical journalism and freedom of expression in Bahrain and regionally’.

The British Empire Medal is awarded for meritorious civil or military service worthy of recognition by the Crown.

George was born in the same year as the late-Queen’s coronation – 1952.

“She has been a fixture throughout the whole of my life,” he told the GDN, whilst travelling in France.

“I clearly remember covering her visit to Bahrain.

“She was the most famous head of state on the planet, and touched hearts everywhere - especially in Bahrain, given its 200-year links with Britain.

“King Charles III is the perfect successor, and has fostered deep and friendly links with Bahrain’s royal family for many years.

“It’s hard to comprehend that the Queen is no longer in our lives. Her compassion, kindness, wisdom and fortitude were unique. She wasn’t ‘a’ queen, as French President Macron recently said, she was ‘The’ Queen.

“The mass outpouring of grief in Britain is astounding, with everyone, whatever their beliefs, wanting to pay their respects. It has been very emotional.”