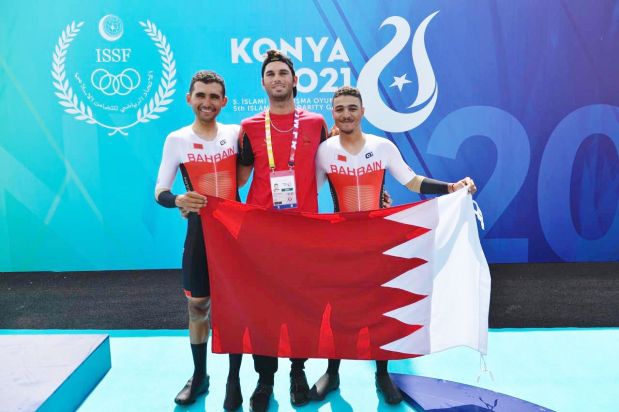 Bahraini stars Ahmed Madan and Ahmed Nasser are all set to participate in the men’s U-23 category of the World Cycling Championship for Road Races 2022, which begins in the Australian city of Wollongong today.

The duo qualified for the event based on the positive and advanced results in the Asian Championship in Tajikistan for a race against the clock as well as in the fifth Islamic Solidarity Games in Konya, Turkey, thus placing Bahrain 15th globally based on the latest world rankings issued by the International Cycling Federation “UCI”.

Bahrain Cycling Association president Shaikh Khalid bin Hamad bin Ahmed Al Khalifa praised the qualification of Mudon and Nasser and their historic participation in the championship, which is held under the supervision and follow-up of the UCI.