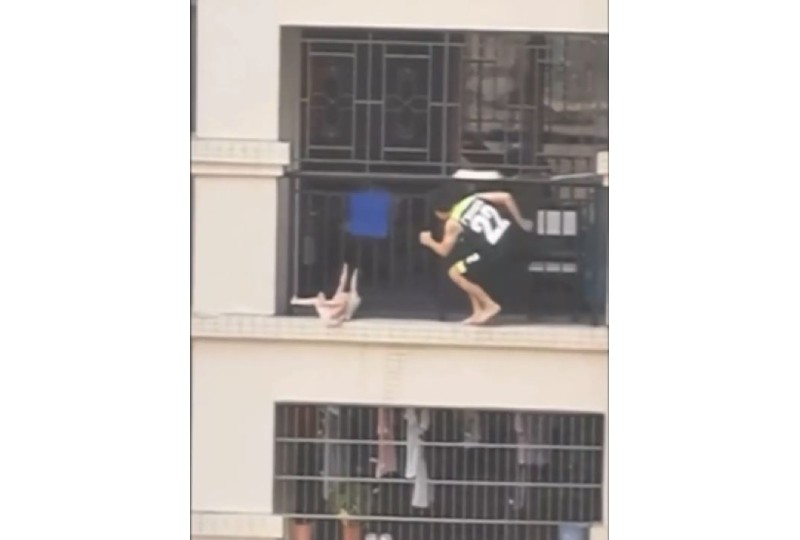 A screen grab of the video. (Video credit: TMZ)

A man in China is being hailed as a hero after a video of him saving a child dangling from a high-rise balcony went viral.

The video from the city of Foshan, showed a child dangling over the edge of a balcony after his head got stuck between two metal bars.

The man, who lived next door to the child, can be seen jumping over the railing of his balcony and shimmying along the edge to save the child.

The man reaches the child and tries to push him back through the bars to safety.

The video then loses focus of the man and child briefly, and when they come back into the frame a woman can also be seen helping the child.

The man and woman are eventually able to push the child back onto the balcony.