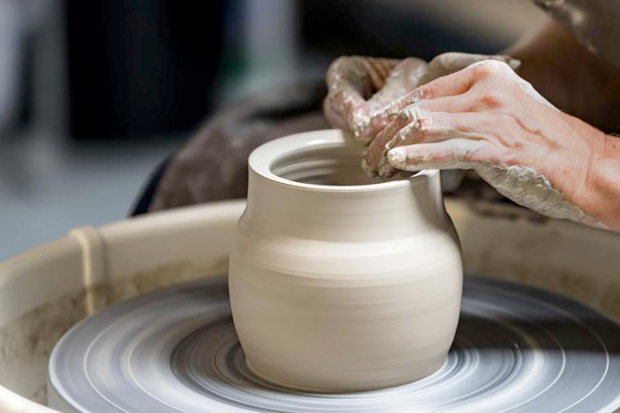 A NUMBER of interesting workshops are in store for art enthusiasts at Al Jasra Crafts Training Centre.

The Traditional Chests Making Workshop will teach participants how to identify the types of wood used for manufacturing traditional chests, how to chop wood to create the boxes and how to mould traditional accessories.

Wooden chests or boxes, still used in most Arab Gulf countries as decorative element in many houses, are traditional chests known as Sanadeeg Mubayata that serve as storage for clothing and personal items.

Its appearance is distinguished by nail heads hammered into various decorative fashions.

These chests are made out of real wood and are often used to present the bride with her trousseau.

Mubayet chests are made of wood and are mostly used to keep and store clothes, gold jewellery and other valuable acquisitions, including money, official documents and papers.

These boxes are equipped with sturdy locks to guard against loss or theft of their contents.

They are also characterised by their heavy weight that make it impossible to easily relocate them.

They stand on four wooden cylinder-shaped pillars which isolate the floor from the bottom of the chest to protect it from the humidity of the floor.

Besides the inbuilt chest that is characterised by excessive decorations and large size, there are other types of chests, such as Al Ghatam box with minimal decorations and motifs.

It comes with a smooth surface and is used to store kitchen utensils, foodstuffs and clothes.

Another is the Buhubal box which is wrapped in tough ropes and is used for travel, in addition to the Al Bishtakhta, a small box usually used by boat captains and divers for keeping and sorting pearls by size and quality.

It is also used to store official documents and papers.

A Pottery on the Wheel workshop will cover such topics as the types of clay and the tools used in shaping, the methods of clay wedging and kneading and how to shape and sculpt wheel potter clay.

Pottery is one of the most historically-popular Bahraini industries that has been practised since ancient times, with archaeological research indicating its spread for thousands of years, due to the local availability of materials.

A Boat Making Workshop will teach participants how to identify the different types of wood used for manufacturing model ships, how to chop wood to create ship models, how to mould the ship’s accessories as well as how to draw and carve a piece of wood and sand it.

Shipbuilding is a popular traditional industry that Bahrain has been known for since ancient times, one that Bahrainis have excelled in and left visible marks.

The various kinds of ships that have been used for the purposes of fishing, diving, pearling as well as passenger and cargo transportation include Al-banush (dhow), Abloom, Albaghlah and others.

All three workshops will be held every Saturday in October from 10am to 12pm.

An Arabic Calligraphy Workshop will introduce participants to the history of Arabic calligraphy, the main types of fonts and its importance as an art form.

They will also learn about the tools used and how to employ them.

A Pottery Painting Workshop for Children will be held on Saturday from 10am to 1 pm.

It is open to those between the ages of six and 14.

Attendees of a Graphic Design Workshop will learn about the differences between photo and vector files, when and why to use Illustrator, most important menus and tools as well as handling, editing and formatting.

They will also be trained in drawing and making business or personal signs (logos) and creating advertising images, amongst others.

The event will take place from Sunday to Tuesday from 4pm to 6pm.