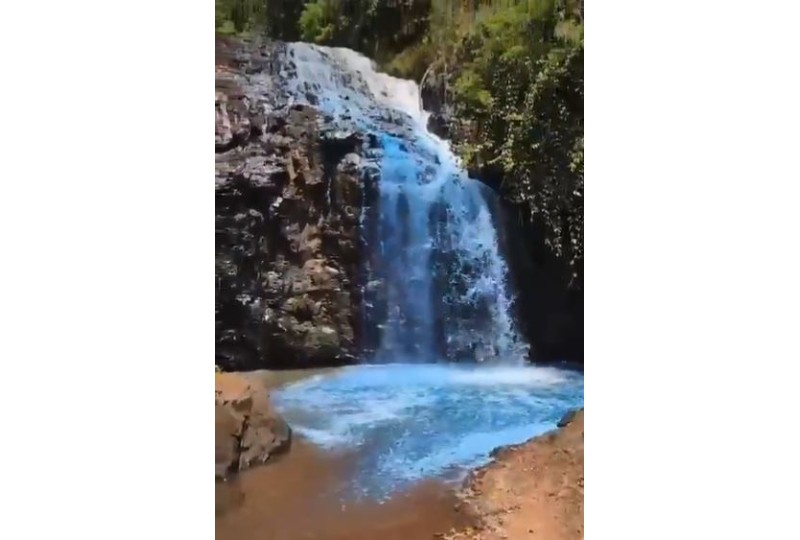 A screen grab of the video. (Video cedit: TW/lazarothor1)

Officials in the city of Mato Grosso, Brazil are investigating a couple for potentially contaminating a main water source for the state during a gender reveal party. One of the couple’s relatives allegedly added blue dye to a 59 foot waterfall in the Queima Pe river.

In videos from the event that have no gone viral, the waterfall is seen in an unnatural shade of blue, indicating that the couple are expecting a boy.

Environmental officials in Brazi are investigating the event, although they have not yet found any change in the water’s physical parameters, and there been no reports of local fish mortality associated with the event so far.

The unnamed related was charged with violating federal environmental law, a crime that carries a fine of $900-$9,000.