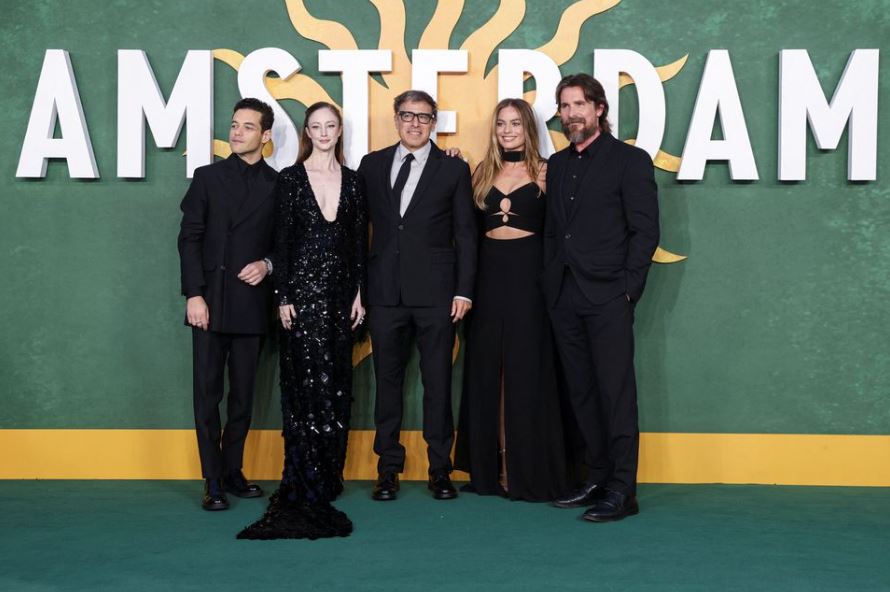 The film from Oscar-nominated director David O Russell, which debuts in theatres on Friday, is inspired by the real-life story of a little-known plot to overthrow US President Franklin D Roosevelt in the 1930s.

"It's based on real events that are jaw-dropping," Bale said in an interview.

"The core of it is this very sincere, heartfelt choice of how to live your life in the face of evil, basically, and how to maintain optimism and joy throughout," he added.

Bale and Washington play wounded World War One soldiers who celebrated their postwar life in Amsterdam with their nurse, played by Margot Robbie.

The trio are reunited years later after a senator's daughter, played by pop singer Taylor Swift, enlists them to help figure out who killed her father.

Their investigation eventually leads them to a retired general, played by Robert De Niro, who was based on a real-life figure who uncovered the plot to overthrow Roosevelt and introduce fascism into the United States.

De Niro said he believed the film had resonance with the current US political climate.

"I never really thought as a young man that things like the Holocaust, the Second World War, Hitler, Nazism all that, I thought that was a nightmare that would never ever be repeated - ever," De Niro said. "We all know the fact that history does repeat itself, and that's one that's repeating now politically."