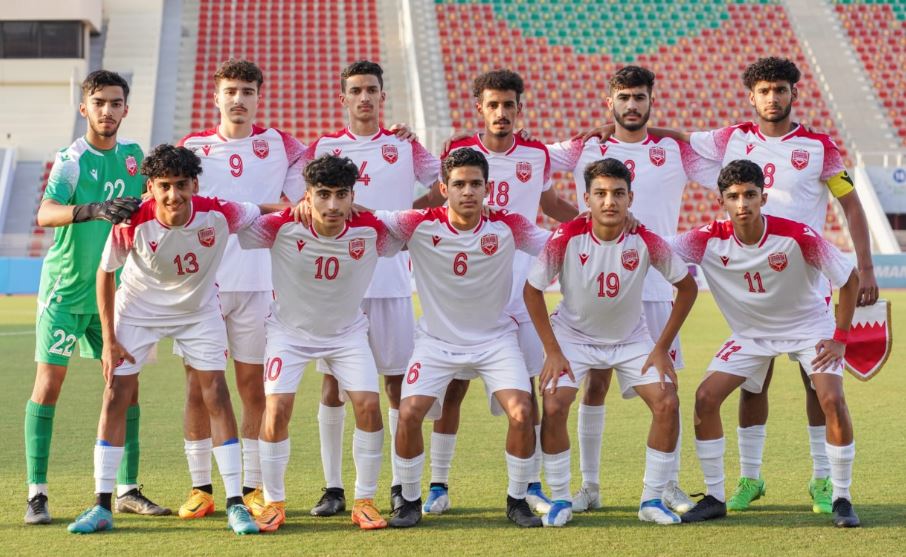 Bahrain will take on Iraq in a must-win Group C game of the 2023 AFC U17 Asian Cup Qualifiers in Muscat, Oman, today.

Currently placed third on the five-team table with four points from their three matches so far, Bahrain will need to win not only their own match but also hope that the results of the other remaining games in the group go in their favour to give them any chance of qualifying for the main event next year.

Oman, who lead the table with six points from two games, and Qatar, who occupy second place with four points from their two games, will also play each other today. If Oman win and Bahrain manage to prevail over Iraq, the kingdom’s team will leapfrog ahead of Qatar.

The problem for Bahrain, however, is that, even if these two results come to pass, Qatar will still have one match in hand while the kingdom’s men will have none.

The Qatar-Oman match could also end differently, however: either in a draw resulting in a point each for both teams, or a win for Qatar, in which case, their points tally would jump to seven – the same as Bahrain would end with if they win against Iraq.

But Qatar – and Oman – would still have one game each in hand after today and, in all likelihood, will vie for the single, direct qualification slot afforded to the team that tops each of the 10 groups with the table-toppers going to the Asian Cup next year.

According to tournament rules, the six best runners-up from across the 10 groups also qualify for the main tournament.